You cannot make this stuff up. But just maybe this Republican Senator was only being honest. America’s fast power and its ascent were dependent on the ability of its founders to be inhumane. And it’s economic system has always placed the economic success of the few over human values. 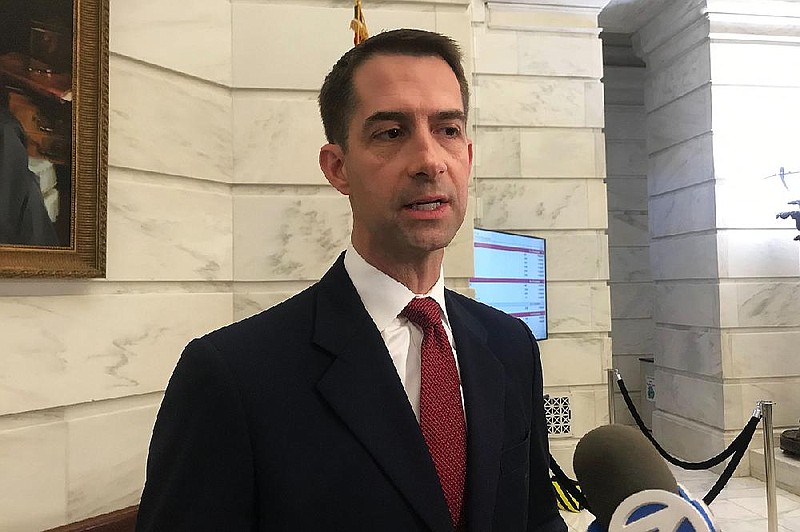 The Little Rock Republican introduced legislation Thursday that would prevent the use of federal tax dollars to spread the historical reinterpretation in the nation’s classrooms.

While labeling 1776 as the nation’s “official birth date,” the 1619 Project seeks “to reframe American history by considering what it would mean to regard 1619 as our nation’s birth year.”

Timed to coincide with the 400th anniversary of the arrival of African slaves in the Virginia colony, the 1619 Project was launched last year by the Times.

Arguing that it is “finally time to tell our story truthfully,” the project “aims to reframe the country’s history by placing the consequences of slavery and the contributions of black Americans at the very center of our national narrative.” …

If Cotton’s legislation passes, school districts that embrace the curriculum would no longer qualify for federal professional development funds, money that is intended to improve teacher quality.

Federal funding would also be lowered slightly to reflect any “cost associated with teaching the 1619 Project, including in planning time and teaching time.” …

In the interview, Cotton said the role of slavery can’t be overlooked.

“We have to study the history of slavery and its role and impact on the development of our country because otherwise we can’t understand our country. As the Founding Fathers said, it was the necessary evil upon which the union was built, but the union was built in a way, as Lincoln said, to put slavery on the course to its ultimate extinction,” he said.

Instead of portraying America as “an irredeemably corrupt, rotten and racist country,” the nation should be viewed “as an imperfect and flawed land, but the greatest and noblest country in the history of mankind,” Cotton said.

The Times is a frequent target of the senator’s criticism.