It is about time that someone went after the thugs who have gotten hundreds of thousands killed by puppeteering politicians to vote against the safety of their constituents. 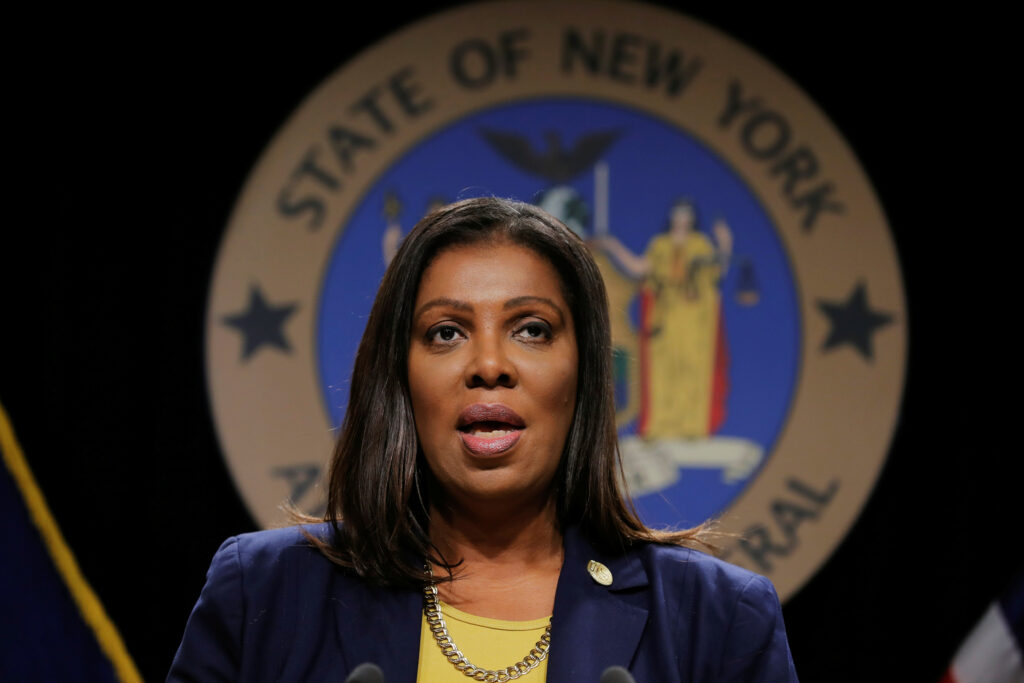 New York Attorney General Letitia James on Thursday announced that the state is seeking to dissolve the National Rifle Association in a lawsuit that accuses the leadership of the flagging nonprofit of diverting millions of dollars for their own personal use.

According to the lawsuit, the senior leadership of the NRA squandered millions in donations on personal trips, private jets and expensive meals. The failure to lawfully manage the organization’s funds contributed to losses of $64 million over three years, the suit says.

The suit was filed in New York county in the New York State Supreme Court. At a press conference announcing the suit, James said the NRA was “a breeding ground for greed, abuse, and brazen illegality.”

James is asking the court to dissolve the NRA and require each of the current and former executives named in the suit to pay full restitution. The suit argues that the four executives, including CEO Wayne LaPierre, shouldn’t be permitted to ever again serve on the board of a New York charity.

“The NRA’s influence has been so powerful that the organization went unchecked for decades while top executives funneled millions into their own pockets,” James said. “The NRA is fraught with fraud and abuse, which is why, today, we seek to dissolve the NRA, because no organization is above the law.”

The New York lawsuit involves allegations of civil, not criminal, violations. But James said that the investigation was ongoing and “if we uncover any criminal activity, we will refer it to the Manhattan district attorney.”

D.C. Attorney General Karl Racine announced nearly simultaneously on Thursday that the district was suing the NRA Foundation, alleging that the foundation allowed its funds “to be diverted from charitable purposes and wasted to prop up the NRA in impermissible ways.”

The NRA did not immediately respond to a request for comment.