It is clear now why many evangelical leaders are fine with Donald Trump. They all fail to live up to what they want to force onto others. 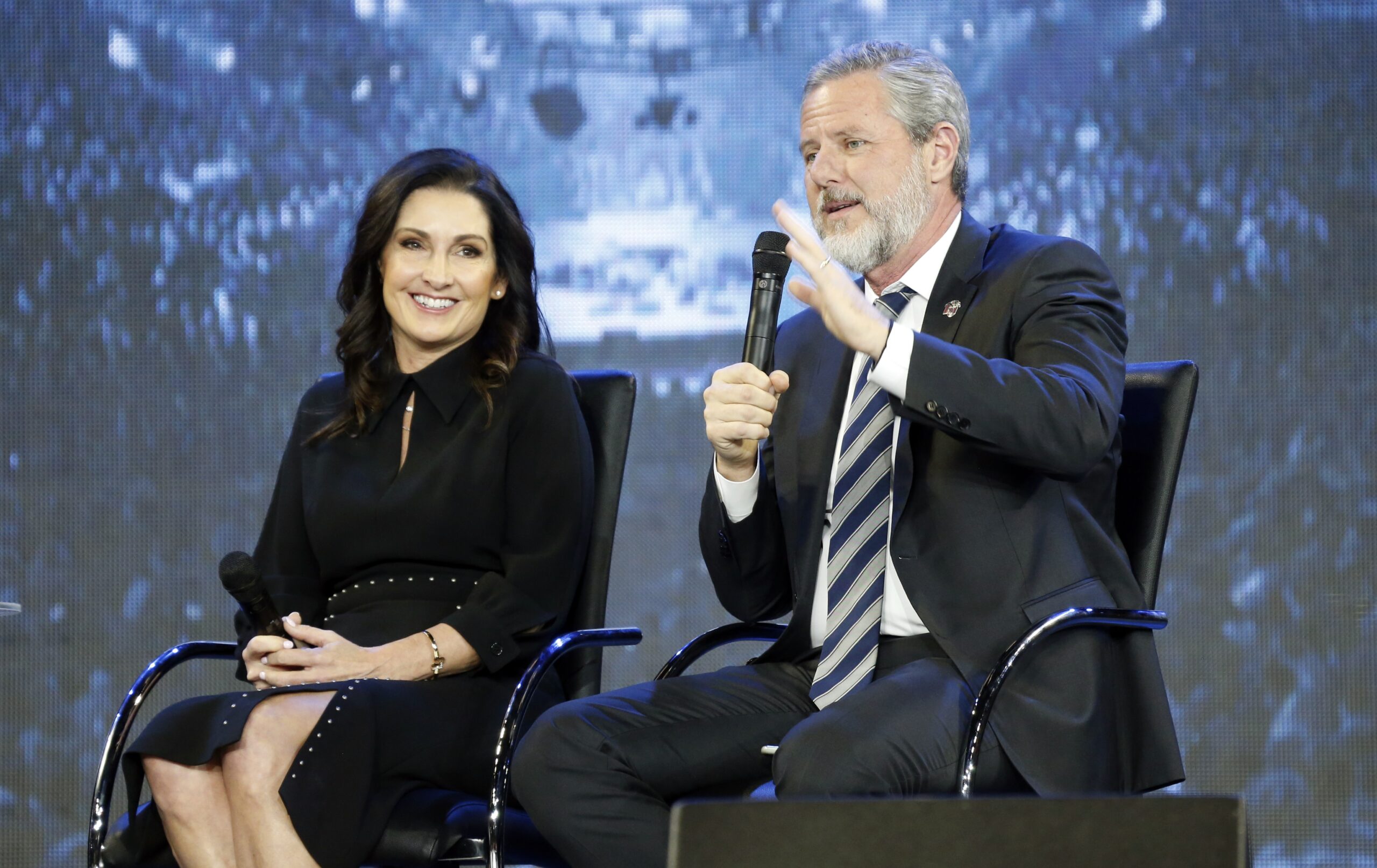 Jerry Falwell Jr., suspended as president of Virginia’s Christian-focused Liberty University after a string of embarrassing acts, today said that he has suffered depression caused by a former family friend who had an affair with his wife and has been threatening to expose it.

In a statement exclusively to Secrets, Falwell revealed his wife Becki’s affair for the first time, said it was short lived and that the two reconciled quickly.

But, they claimed, her former lover has threatened them over the past several years and they are done with it hanging over their heads.

“I’m just tired of it,” said Falwell of the anxiety he’s felt about the affair becoming public and embarrassing his family and Liberty. “It’s just got to end,” he added.

The 1,200-word statement -- shown below -- followed the Liberty board’s decision to put Falwell on paid leave after he posted a “costume party” picture of him on a yacht with his pants partially unzipped and his arm around his wife's assistant.

His social media has raised eyebrows in the Liberty community, though he is often praised for his success at building up the school and keeping the coronavirus at bay from the university. He has also drawn fire for his strong support of President Trump.

The board’s statement about Falwell on Friday referred to “various rumors and claims,” which may be related to indications that a news service planned to air new claims from the man who Becki Falwell had the affair with, a pool attendant the Falwells met and befriended in 2012 while staying at the Fontainebleau Miami Beach.

Reuter's has since released the real story, The Falwell Affair.

WASHINGTON – In a claim likely to intensify the controversy surrounding one of the most influential figures in the American Christian conservative movement, a business partner of Jerry Falwell Jr has come forward to say he had a years-long sexual relationship involving Falwell’s wife and the evangelical leader.

Giancarlo Granda says he was 20 when he met Jerry and Becki Falwell while working as a pool attendant at the Fontainebleau Miami Beach hotel in March 2012. Starting that month and continuing into 2018, Granda told Reuters that the relationship involved him having sex with Becki Falwell while Jerry Falwell looked on.

Granda showed Reuters emails, text messages and other evidence that he says demonstrate the sexual nature of his relationship with the couple, who have been married since 1987. “Becki and I developed an intimate relationship and Jerry enjoyed watching from the corner of the room,” Granda said in an interview. Now 29, he described the liaisons as frequent – “multiple times per year” – and said the encounters took place at hotels in Miami and New York, and at the Falwells’ home in Virginia.

His friendship with the Falwells eventually soured, Granda told Reuters, in part because he wanted to dissolve his ties with the couple and fell into a business dispute with them.

I have no concern about what others do with their private lives including their sexual proclivities. But these evangelical leaders constantly attempt to impose on others their defined moral codes. Worse, they attempt to codify it into law. It is "do as I say, not as I do."

In covering up their inability to live up to the moral codes they would impose on others, they lie, hurt, and steal seemingly more so than the ones they would condemn. We should call out, embarrass, and shame these evil leaders as they are exposed for who they really are. They are just Trump with a facade, who have hurt a lot of good people who follow them.

Please get my new book "It's Worth It: How to Talk To Your Right-Wing Relatives, Friends, and Neighbors" today knowing you  (1) Get communication techniques &  (2) Support  Progressive message delivery.