The Kentucky Attorney General Daniel Cameron, a black man, claimed that the murder of Breonna Taylor was a justified shooting. Really!

Breonna Taylor was resting in the sanctity of her home. Crooked cops entered the apartment. Her boyfriend used his legal gun to attempt to defend the castle. Instead of retreating, the corrupt cops unloaded and murdered Breonna Taylor.

Amazingly, one cop is charged, not for murdering Taylor, but for his stray bullets entering the neighbor's apartment endangering them. Can anyone understand the moniker Black Lives Matter #BLM, and #DefundThePolice? To too many, they are not our friends but one to distrust. An innocent woman is dead. And the killers are not at fault. AMAZING! Welcome to America. 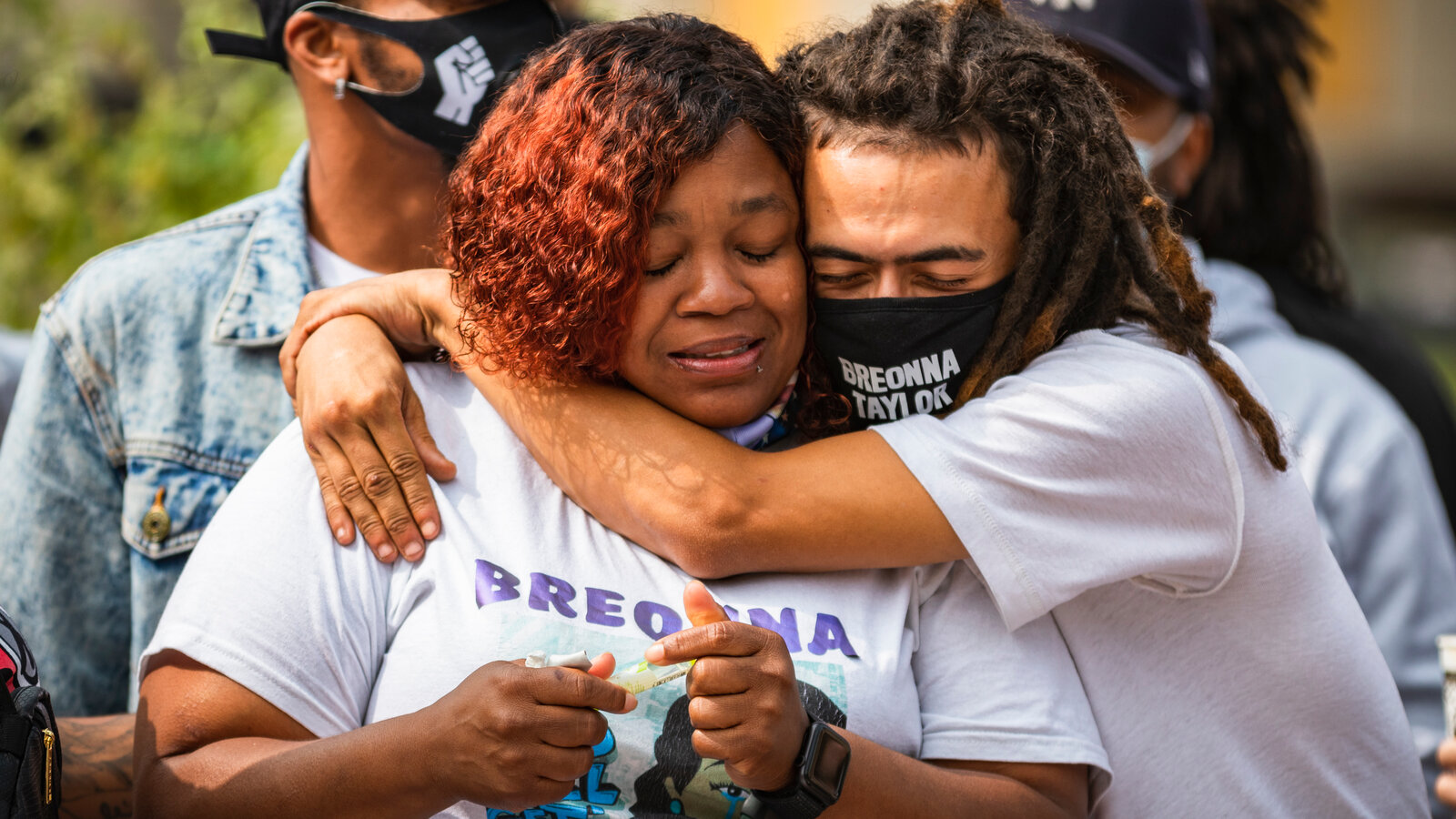 A grand jury indicted a former Louisville police detective on Wednesday for endangering Breonna Taylor’s neighbors by recklessly firing his gun during a raid on her apartment in March, but the two officers who shot Ms. Taylor were not charged in her death.

Please get our new book "It's Worth It: How to Talk To Your Right-Wing Relatives, Friends, and Neighbors" today knowing you  (1) Get communication techniques &  (2) Support  Progressive message delivery.

The decision came after more than 100 days of protests and a monthslong investigation into the death of Ms. Taylor, a 26-year-old emergency room technician who was shot six times in the hallway of her apartment by officers executing a search warrant.

In a news conference following the announcement of the grand jury’s decision, Kentucky’s attorney general, Daniel Cameron, said he knew that some people would not be satisfied.

“The decision before my office is not to decide if the loss of Breonna Taylor’s life was a tragedy — the answer to that question is unequivocally yes,” Mr. Cameron said.

Frustration has mounted in Louisville at the pace of the investigation into the fatal shooting. That frustration has been compounded by a city administration that refused to release basic records — including her autopsy and the body camera footage of officers who responded to the shooting — and that made inexplicable errors in some of the documents it did release, including a report incorrectly claiming that she had not been injured and that the door to her apartment was never breached.Mr. Cameron, a Republican attorney general who ran on a law-and-order platform, had to navigate both the demands of protesters and the constraints of the law, said Frank Mascagni III, a former assistant commonwealth’s attorney in Louisville.