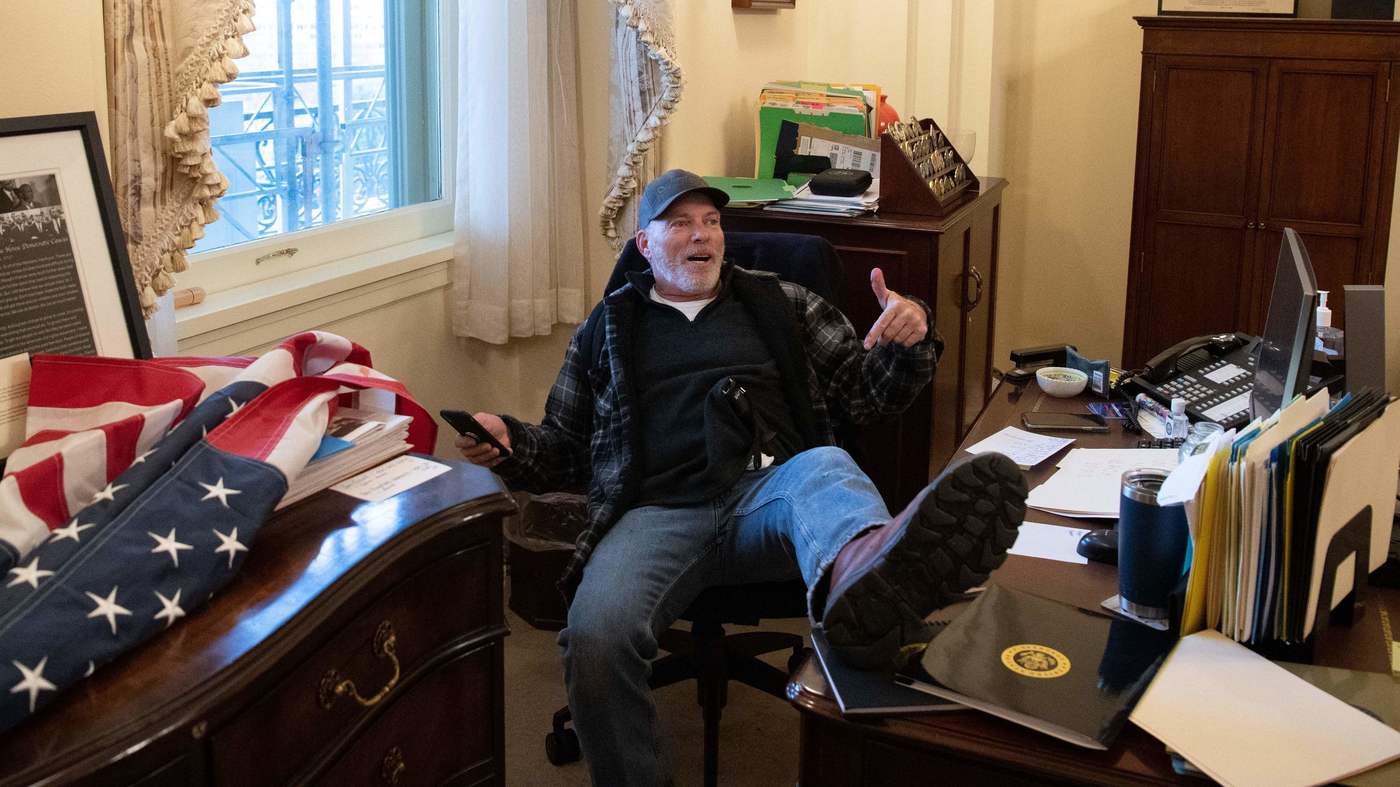 The Department of Justice says Richard Barnett, identified as the man who sat at a desk in House Speaker Nancy Pelosi's office during the siege of the U.S. Capitol by pro-Trump extremists, has been arrested.

Barnett was taken into custody in his home state of Arkansas. His identity and place of residence became a hot topic of discussion online, sparked by the striking photo of him with his feet up on the desk.

Barnett is being held at the Washington County Sheriff's Office in Fayetteville, Ark., according to Charlie Robbins of the U.S. Attorney's Office for the Western District of Arkansas.

Outrage over the photo and the insurrection in the seat of U.S. democracy triggered a harsh backlash against Barnett's hometown of Gravette, according to Mayor Kurt Maddox, who said on Friday, "Barnett is now in custody of the Federal Bureau of Investigation for a list of pending charges."

Officials have been monitoring the situation closely, the mayor said.

"This picture has gone viral and has brought the city of Gravette into the spotlight, which is unfortunate," Maddox said in a statement posted online. "We have had citizens receive threats, calls to our police, social media posts, and emails wanting to know what Gravette is going to do about this situation."