While Republicans like Governor Greg Abbott go on TV and cable networks to lie about the causes of the Texas catastrophe, and as Republicans like Ted Cruz fled their state, others led. Alexandria Ocasio-Cortez (AOC), Sheila Jackson Lee, and Sylvia Garcia were serving their constituents nationally & locally.

This catastrophe points out the hypocrisy of Conservatism. Most importantly, it points out the character of the politicians who practice and promote it. 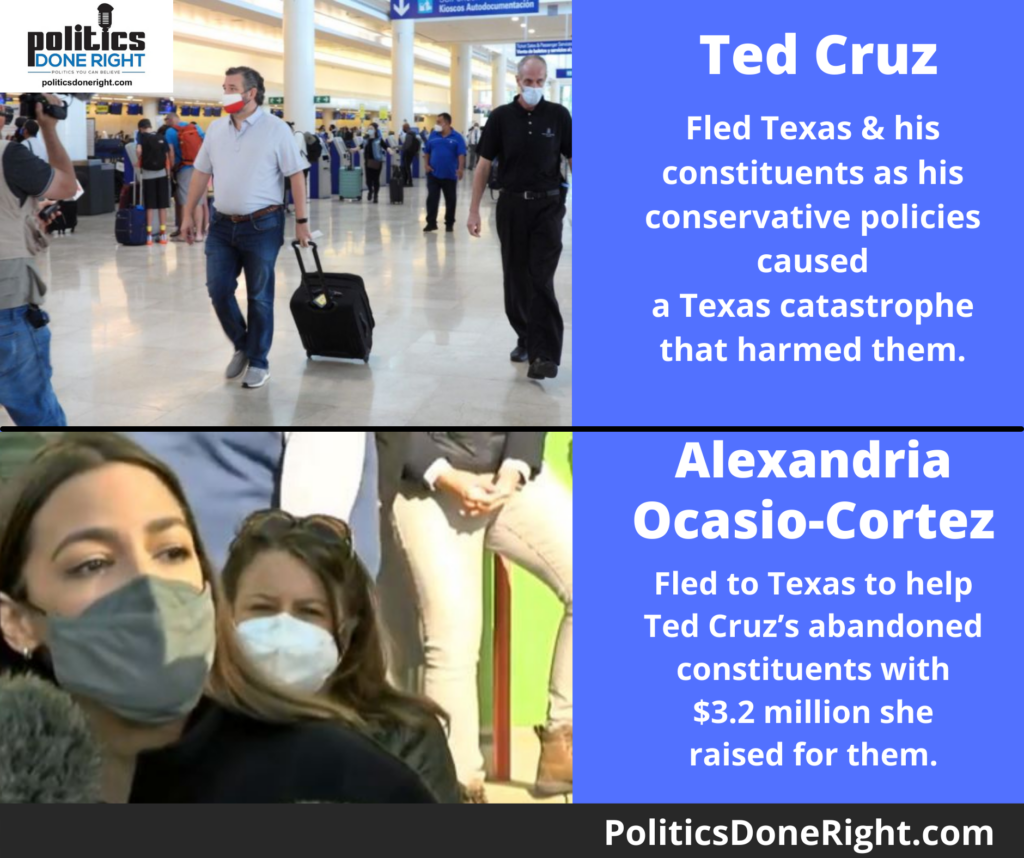 Changes needed to be made so Houstonians have a better quality of life, said longtime Second Ward advocate Jessica Hulsey, who led the home tours. Residents want to enjoy their homes, but also have them stay in good condition to pass on to their children when it’s time. The freeze was another reminder that older, un-insulated homes are not built to withstand extreme weather, she said.

“You already have so many families in the state and across the country on the brink that they can’t afford an emergency to begin with,” Ocasio-Cortez said. “This can set people back for years, not just days.” 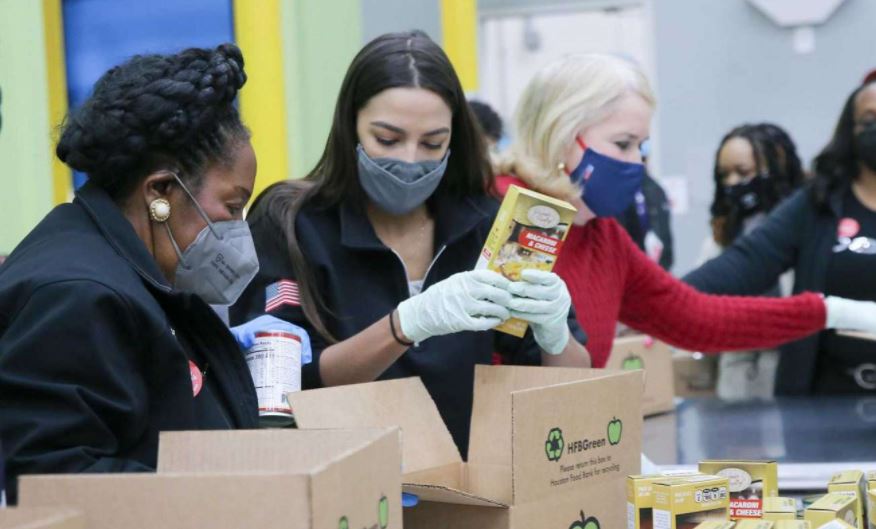 Before traveling to Houston at Garcia’s invitation, Ocasio-Cortez raised more than $3 million to distribute to Texas organizations focused on food insecurity, elder care and homelessness. All funds raised will go toward these local nonprofit organizations, she said.

The country is rallying around the state of Texas to rebound from this tragedy, she said, but there must be policy decisions so “this kind of preventable devastation never happens again.”

The Houston Food Bank, which stocks smaller food pantries in the city, will receive a large portion of the funding, she said. At the food bank, no one has to prove they need assistance.

“Documented, undocumented, no matter your income or housing status, you can get help here,” Ocasio-Cortez said.