Greg Abbott’s allowing businesses to operate at 100% and removing the mask mandate may be more sinister than one thinks. He may be willing to sacrifice the lives of Texans in an attempt to deny President Biden the success he is having fighting the COVID epidemic.

This should surprise no one. Abbott, along with every politician has had no problem virtually murdering Texans by denying them the Medicaid Expansion to the affordable care act.

Trumpster Governor Greg Abbott May Be Letting COVID Rage in Texas in Part to Lead Red State Sabotage of Biden’s Success at Reining It In. Biden Calls Decision, “Neanderthal Thinking.” 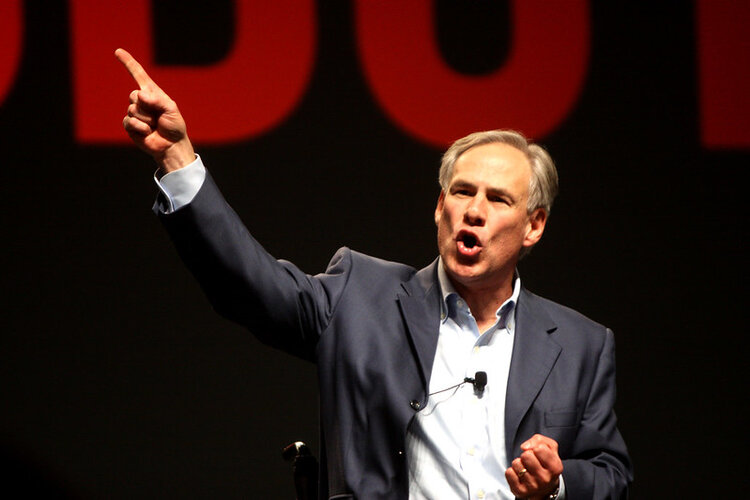 There may be several cynical and deadly reasons that Texas Governor Greg Abbott completely abandoned any COVID restrictions in the second most populous state in the US. Those justifications include his political ambitions to perhaps run for president. In that case, he would want to appeal to the anti-government bent of the GOP, particularly the anti-COVID lockdown fervor of the Trump base. Texas has been a hotbed of COVID denialism among its entirely GOP executive branch.

He also faces potential GOP challengers as he seeks a third term in 2022.

That includes the State Attorney General Ken Paxton, who has been a huge supporter of COVID denialism and Trump’s big lie. (It doesn’t appear to bother Texans that Paxton has been under state indictment for years and is under federal investigation for corruption while in his current office.) It also includes Lieutenant Governor Dan Patrick, who infamously advocated last spring that older Americans should be willing to be exposed to the Coronavirus and die in order to open up commerce for the younger generations.