For those who continue to doubt the continued metastasizing cancer of racism in the country, this behavior is too frequent. Trumpism and those misinforming white America is allowing the reconstitution of a dangerous carnality of fear. 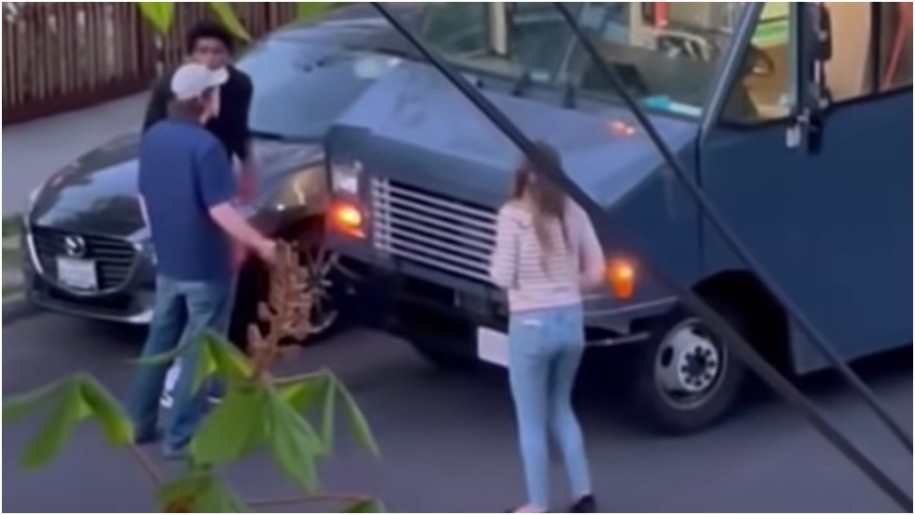 When a white Californian couple decided to follow a Black delivery driver on the suspicion he was speeding, they probably didn’t think it would end in criminal charges for the white people. But sure enough, Julie Walrand, 35, was arrested on April 18, the same day as the incident, on hate crime, battery, and false imprisonment charges, police said in a news release last Tuesday. Witness video captures the moments after Walrand allegedly followed Kendall McIntosh and screamed racial slurs at him. “During that altercation, the driver used force to prevent the package delivery person from leaving and used hateful language disparaging of people of color,” police said in the release. “Based on the above information, officers arrested the driver on suspicion of PC 236—False imprisonment, PC 242—Battery, PC 415(3)—Using offensive words and PC 422.6(a)—willfully threatening a person based on their perceived characteristics.”

Even though Walrand called 911, McIntosh told KRON4, she started "harassing him" after she and her boyfriend followed him to Delaware Street and McGee Avenue in North Berkeley. “Instantly just started cursing me out like, first sentence I’m getting cursed at,” McIntosh said. “Very derogatory language, you know I was getting constant F bombs thrown at me. I was getting just racially profiled from the jump.” He told the news station that he feared for his safety and that during the encounter Walrand got into his van and tried to take hold of the steering wheel for several minutes.

If you are not appalled after watching this, what gives. It is time for everyone to engage and make those who engage in this behavior and other racist behaviors be personas non-gratis.