The data is out. Chris Hayes referenced an article written by Christopher Ingraham that points out that GOP Covid policy is deadly to their voters.

It should be no surprise Trump-supporting science-denying areas of this country would show more deaths than anywhere else. We spoke about it ad nauseam. But just maybe showing the real data of an inordinate number of dead Republicans will change the minds of more Republicans.

The article “GOP Covid policy is killing GOP voters” could not be clearer.

But several months into the Delta wave and the data are clear: over the past month, people living in the most staunchly Republican counties have been three times more likely to die of Covid than those living in Democratic strongholds. While the disease doesn’t make political distinctions, Republican attitudes, conspiracy theories and policy failures have created conditions in which the Delta variant can thrive. 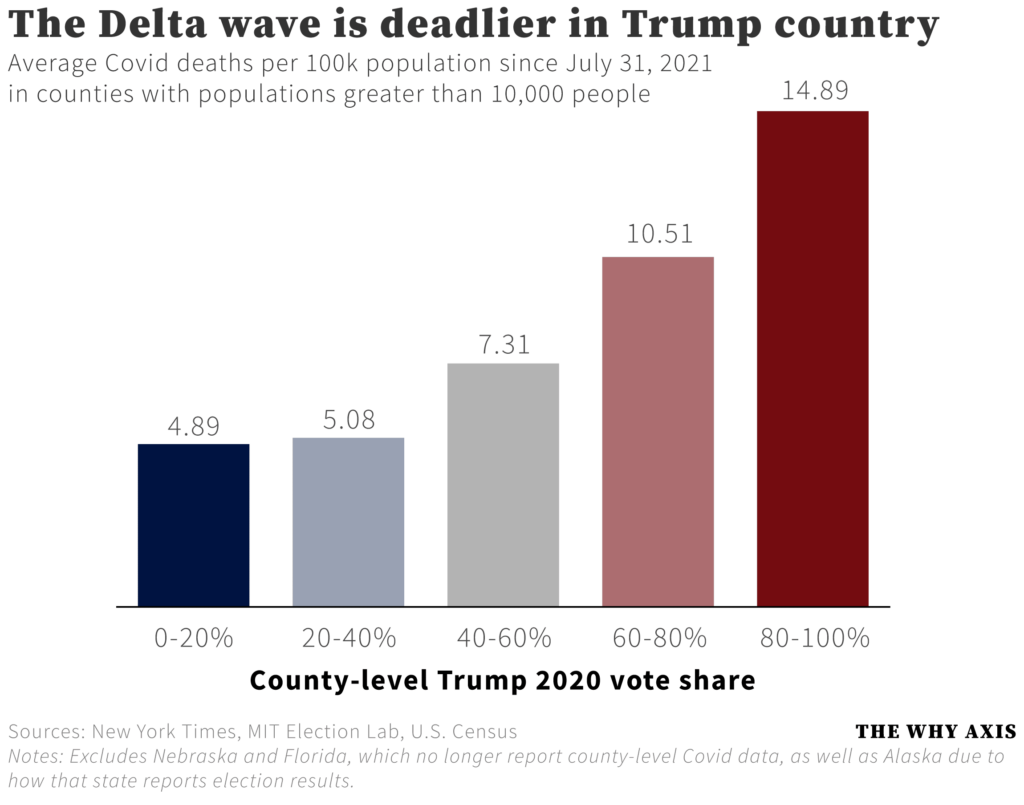 In counties where Donald Trump got fewer than 20 percent of 2020 presidential votes, for instance, there have been, on average, fewer than 5 Covid deaths for every 100,000 people since July 31, 2021 — roughly the start of the latest wave of death corresponding with the Delta variant. In places where he got 80 percent or more of the vote, on the other hand, the death rate is closer to 15 per 100,000. Across all counties there’s effectively a dose-response relationship between Republicanism and Covid mortality: as the share of Republican voters increases in your county, your likelihood of dying from the disease rises as well.

The cynical view is to channel a Darwinian thought process. Some will say good riddance to those whose thought process hurts us.  As a progressive, I cannot do that.  Human life irrespective of ideology means too much. More importantly, not aggressively trying to mitigate their behavior is not only fatal to them but to some of us as well.