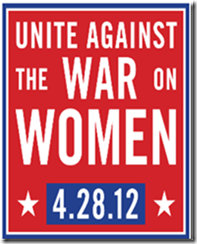 This is a real grass root movement that is growing exponentially on Facebook, through many websites, and organizations. Women all over our country are getting together to fight back the continual attacks on their freedom of choice, their freedom of health, their freedom of contraception, as well as years of disrespect from those that purport to govern this country.

In a country where women are more than 51% of the vote, why is their pay 71% that of a man. Why aren’t there more women legislators? Why are laws written for women being written by mostly men? When a group allows itself to be taken for granted, it will.

YOU MUST BE IN AUSTIN TO SUPPORT ALL WOMEN ON APRIL 28th. WE HAVE BUSES. RESERVE YOUR SEAT TODAY!

There are two buses leaving from the Houston area:

LET OUR VOICE BE HEARD!

Please specify which Bus (North or Central) in Order Form