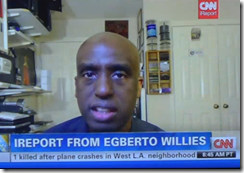 Mitt Romney has selected Paul Ryan as his Vice Presidential candidate. This was a very bold move. He has pretty much moved the sole target of the election from the economy to include the Mitt Romney/Paul Ryan budget.

We now have a ticket that believes fully in the failed trickle-down economics that rewards those that produce nothing, that is devoid of foreign policy experience, that will repeal the Affordable Care Act (Obamacare) and thus leave millions uninsured and subject to bankruptcy.

I submitted the CNN iReport immediately after the story broke, a little bit before midnight. In the morning just before the announcement was made a CNN producer asked me for context. I sent the following to the producer:

Mitt Romney based on his campaigning thought he could run on how bad the economy is. No president since Roosevelt has been reelected with unemployment this high. He was taking no chances and was not even running on real Republican policies. President Obama so far has defied conventional wisdom and his poll numbers are moving up as Romney’s is moving down. Just as John McCain had to put in a game changer so is Mitt Romney. He is betting that his will work.

In the process because Ryan has a real Republican economic/budget plan written down on paper there are actually now specifics that the Americans can key off of. Before, Romney had no specifics. Now the Romney/Ryan budget becomes his specific. Republicans have been stating that America is a Center Right Nation. I contend it is a Center Left Country simply based on the social issues they support and the amount of government programs they actually want (nobody wants their specific program cut even as they want a smaller budget).

Now there is a real choice. The Republican ticket cannot hide behind rhetoric. Their policy is written for all to see. Obama’s is written for all to see. The President wants the wealthy to pay more taxes consummate with how good the country and the economic system have been to them. Mitt Romney/Paul Ryan wants more tax cuts mostly for the wealthy (trickledown economics on steroids) which failed as that is the policy we are still following. Moreover the privatization of Medicare via vouchers defies logic as Medicare was created because private insurance found the elderly unprofitable to insure.

America will get a choice between progressive values or regressive values. We get the government we elect and deserve. This election will determine the survival of the middle class or the institution of a new indentured servitude.