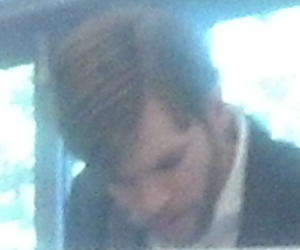 Bryan Henry, a Kingwood resident and educator sent me this review of the documentary “Obama’s America: 2016”. He has authorized me to distribute it online “if I felt it needs to be”. Are you kidding? This is one of the best reviews of any movie of this type that I have seen to date.

Bryan did not attempt to attack the author Dinesh D’Souza inasmuch as D’Souza’s knowingly false assertions all over broadcast TV left ample reasons to do so. He took a completely objective view of the film and used his knowledge of history and government to put it into perspective.

I think before anyone watches the movie they should read his review so they can watch the movie in the context of reality instead of the context of some expansion of a plausible imaginative view of President Obama’s history.

The film concludes by asking the audience to consider, given all that D’Souza has now told them, what America will be like in 2016 if Obama is re-elected. Well, for all of Obama’s anti-colonial and Marxist influences, we actually already know what America will look like in 2016 if Obama is re-elected. President Obama wants to preserve Medicare and Social Security, invest in education and infrastructure, and reduce the deficit by cutting some military spending and raising some taxes on the wealthiest 1%. The real question is: what will America be like in 2016 if Romney is elected? The Republican Party has been so radicalized by the Tea Party that it no longer resembles the GOP of Reagan or Bush. In fact, if you want to vote for a “conservative” in 2012, the “radical” Obama is probably your best choice.

Read the entire review below. You will find it objective and straightforward,

I recently went to see the documentary film “Obama’s America: 2016” at Starplex Theater in Kingwood, Texas with the expectation of being confronted with a series of falsehoods and logical fallacies, but I was very surprised by how informative the film was regarding Barack Obama’s past. I read Obama’s autobiographical memoir Dreams From My Father after his speech at the 2004 Democratic National Convention and the film did a wonderful job bringing to life Obama’s reflections and experiences. The portions of the film based on Obama’s book were very well done and quite informative for viewers who arguably would be more content to have Ann Coulter or Glenn Beck tell them everything they need to know about Obama’s past. The film solidly rejected the “birther conspiracy” by stating that Obama was born in Hawaii and the film never questioned Obama’s religious beliefs. Instead, the film focused on a topic that many Americans know little about: anti-colonialism.

The portions of the film that sought to interpret Obama’s past in order to provide context for his political views in the present, and what those views could mean for America’s future, came from Dinesh D’Souza’s Roots of Obama’s Rage and Obama’s America. D’Souza is an Indian-American immigrant, Roman Catholic convert, and influential conservative intellectual. D’Souza’s thesis is quite simple: Barack Obama is motivated by a Marxist anti-colonial worldview and seeks to deliberately weaken the United States through his presidency. The support offered for this claim: Obama’s enthusiasm for nuclear disarmament, his willingness to increase the national debt, and his unwillingness to increase offshore oil drilling. Okay, but what is anti-colonialism?

You may recall from various history classes that Europe colonized much of the world between 1500 and 1950. There were various phases of colonization (exploration of the New World, Africa in the 19th century, the Middle East after WWI) and diverse motivations (Christianization, national pride, natural resources). The United States itself, as the film points out, was a colony of the British Empire and rebelled against its colonial “master.” Over time, colonies in Latin America, Africa, Asia, and the Middle East, particularly after WWII, began to gain independence and it was anti-colonialism, the belief that people should be self-governing, that was the political ideology motivating the various liberation movements throughout the world.

Anti-colonialism forms part of Barack Obama’s background in the figure of his father, Barack Obama Sr., who was a Harvard educated Kenyan with anti-colonial political views. President Obama only met his father once, but Dinesh D’Souza argues that this absence of a father is what led Obama to identify so strongly with his father’s views. D’Souza attempts to psychoanalyze Obama and argues that he is trying to fulfill his father’s political aspirations. D’Souza’s main support for this claim comes from Obama’s own reflections in Dreams From My Father. In the book, Obama talks about how his past influences his present, and that his father’s history is also his history. D’Souza interprets this to mean that Obama is on a crusade to weaken the Unites States in order to help the people of the Third World, people like his father’s family, who suffered under Western oppression and exploitation.

In the film, D’Souza points out that he and President Obama have much in common biographically, both of them receiving Ivy League educations in the United States and both of their fathers being from former British colonies. The main difference, according to D’Souza, is that the anti-colonialism that Obama “inherited” from his father insists that the industrialized West became wealthy by exploiting the unindustrialized Third World. D’Souza argues that countries like the United States became wealthy due to creativity and hard work, rather than exploitation of other people and their land. I guess D’Souza overlooks the fact that the United States, once it gained independence from the British Empire, took natural resources from Native Americans and labor from African slaves by force, to say nothing of “banana republics” in Central America or our foreign policy in the Middle East since WWII. D’Souza argues that Obama wants to weaken the Unites States because the United States happens to be the sole superpower currently leading the industrialized West. It’s that simple. Obama is anti-colonial, which means he his anti-Western, which means he is anti-American, which means he ran for office with the sole purpose of weakening the “American Empire.”

Honestly, I do not doubt that President Obama’s political views are somewhat informed by anti-colonialism or that he was influenced by Marxist professors in college. Interestingly, the film, and most of the audience, assumes that anti-colonialism and Marxism are inherently anti-American. Again, the United States was born out of rebellion, out of an independence movement against the British Empire. We claim to want to spread democracy around the world. Why should we, as Americans, be opposed to countries in the Third World striving for the political ideals what we ourselves promote? We either believe our own Declaration of Independence, which states that “all men are created equal” and are capable of self-government, or we don’t. Leninism (revolutionary Marxism) and Stalinism (totalitarianism) are certainly at odds with democracy, but Marxism itself is not. Many scholars and political theorists argue that democracy and socialism are more compatible than democracy and capitalism. They argue that unregulated, excessive capitalism corrupts the democratic process by concentrating wealth and political power in the hands of a small minority. Sound familiar?

Again, I concede that anti-colonialism and Marxism may have influenced President Obama’s political philosophy, but the idea that he wants to weaken the United States based on these influences is not proven by his actions as president. Obama followed the lead of George W. Bush by passing a second bailout for Wall Street, which I guess could be considered a form of socialism for the rich (our money being redistributed upwards). He then passed Health Care Reform based on a Heritage Foundation plan (a conservative think tank), which simply increased the profits of the private insurance and pharmaceutical industries (Note: “socialized” medicine would be Medicare for All, which would be far more efficient and moral). Obama has increased U.S. drone strikes in Third World countries killing innocent civilians on a weekly basis, the same people that D’Souza argues Obama is trying to help. Obama has also expanded the government’s surveillance capabilities, both abroad and domestically (which helps the Third World, how?). Obama has also caved to the fossil fuel industry on climate change, which is already seriously affecting the Third World. Maybe if Obama was insisting that the United States radically decrease carbon emissions in order to save the Third World I would reconsider D’Souza’s argument, but even then I would probably just applaud the effort to save the planet.

The film concludes by asking the audience to consider, given all that D’Souza has now told them, what America will be like in 2016 if Obama is re-elected. Well, for all of Obama’s anti-colonial and Marxist influences, we actually already know what America will look like in 2016 if Obama is re-elected. President Obama wants to preserve Medicare and Social Security, invest in education and infrastructure, and reduce the deficit by cutting some military spending and raising some taxes on the wealthiest 1%. The real question is: what will America be like in 2016 if Romney is elected? The Republican Party has been so radicalized by the Tea Party that it no longer resembles the GOP of Reagan or Bush. In fact, if you want to vote for a “conservative” in 2012, the “radical” Obama is probably your best choice.