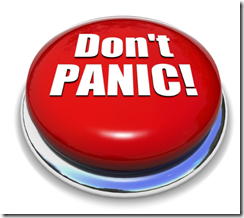 Mitt Romney has temporarily taken the lead in the poll of polls and many working middle class Americans who have studied the direction that he has been telling us he wants to take us in are panicking. It is not necessary to panic folks. We simply must tell our friends and neighbors the truth about Mitt Romney’s chameleonic behavior in the debate; you know that debate that was watched by 70 million Americans who saw a Mitt Romney that seemed moderate especially in these trying times.

It is not necessary to pull out charts and tables as at this stage of the election many people are confused with all the messaging and misinformation coming from all directions. It is simply necessary to personalize the narrative to each individual’s circumstance. After speaking to your friend, family, and acquaintance encourage them to vote and to spread the word. This may sound simplistic but if one follows through it is more effective than any ad.

So how do you personalize? You know your family, friends, and acquaintances better than anyone else.

If one has children that may be going to college make them aware of what President Obama has done for college education. He removed the banks from skimming money directly off the top and using those saved dollars to provide more student loans and grants. Romney in his limited government modal suggests that one borrow from parents.

If someone is out of work, remind them that our country has millions of jobs waiting to be had if our government were to pass the President’s job bill. After all look at any road or bridge or school. They are all in disrepair. Let them know that Mitt Romney and the Republican Party are holding the middle class hostage to win an election and promote an ideology that has failed. Show how it is hurting not only their jobs but the financial well-being of their family.

If they are concerned about the deficits let them know the deficits are mostly from policies from past administrations sans the stimulus. While previous administrations have left us with paying for two wars, prescription drugs, and two tax cuts with borrowed dollars, we are left paying the bill and the large interest on that bill. Guess who owns those loans? Mostly the wealthy. Let them know that cutting taxes further will only make it worst. One need only compare the economy under Clinton with right size taxes as opposed to Bush with obscene tax cuts for the wealthy that did nothing but transfer the wealth from the working person to the wealthy.

Most importantly let them know that if Romney is elected, Obamacare will be repealed. This is a moral issue. Repeal of Obamacare would be a death sentence for hundreds of thousands and bankruptcies for millions.

Remember to highlight that today’s Republican philosophy based on who Mitt Romney has chosen, Paul Ryan for vice-president, is one based on the notorious philosopher Ayn Rand, an atheist who believes in the codification of selfishness. Paul Ryan stated her books were required reading in his office and his budget reflects her philosophy. His budget reflects this philosophy when its sugar coating is removed.

It is important that we do not allow any candidate to lie themselves into office. It is every American’s duty to be their brother’s keeper. That is how we survive as a country. Absent that we allow the continued growth of a Plutocracy that squashes the middle class, making us all indentured servants to the select wealthy few. As billionaire Warren Buffet said that we do in effect have class warfare in America and his class is winning.

Now let us stop panicking and get to work. We must save our country.