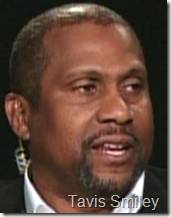 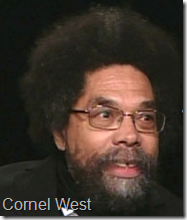 Tavis Smiley and Cornel West have been running around the country for some time disparaging the president on his progressive values and on his specific action to attack poverty in general and on problems in the black community specifically. While there is much merit to what they say, generally their failure to understand the dynamics involved in navigating the presidency, especially the presidency of the first black president displays either an elevated level of naiveté, or a self-serving interest that presents a danger to both the poor and to African Americans. The fact that they were doing this during the heart of the election season likely makes the latter more consistent with their actions. If this is the case then they are doing what many leaders and false prophets have done, make money on the backs of the disenfranchised under the pretense of caring. One must ask how much of the proceeds from their books on these issues went to support projects to effectively help the poor.

Tavis Smiley Never A Supporter Of The President

Tavis Smiley was never an ardent supporter of President Obama. That of course is his right. His antagonism of the president during the 2008 Democratic Primaries hit a crescendo when the president did not attend Smiley’s “State Of The Black Union” forum in New Orleans even as Hillary Clinton did. In a further display of uncalled for arrogance, he rejected then Senator Obama’s request to have Michelle Obama represent him at the forum. Further he castigated Senator Obama for distancing himself from Reverend Jeremiah Wright, and for not attending African American events Smiley deemed he should attend. The height of this man’s arrogance, lack of scope, and self-serving hyperbole makes him an unfit spokesman for the cause of the poor and disenfranchised. That Dr. Cornel West has allowed himself to be Tavis Smiley’s sidekick speaks poorly of his judgment.

I received an email from a dear friend today that made me aware of an interview given to Smiley and West on Democracy Now with Amy Goodman & Juan González. In that interview Cornel West referred to the president as “a Rockefeller Republican in blackface”. He also implied that Al Sharpton, Melissa Harris-Perry, and Michael Dyson, three MSNBC personalities generally supportive of the President are on the take. Had such statements being made by others in the media, both Smiley and West would be up in arms making accusations of racism. They continued to bash the president on his progressive negotiating skills and his lack of doing anything for the poor. What their argument lacked was specifics of what they believe the executive could really do to correct many of the ills in the black community specifically and for the poor generally.

Here is the reality. America was not ready for a black president in 2008 or 2012. President Obama defied many realities with his political skills and a very competent campaign to win. He was aided by Bush fatigue, a depressed economy, and a lousy candidate in John McCain in 2008. In 2012 he was aided by a Plutocrat he made unelectable early in the campaign because to a sufficiently large percentage of prejudiced Americans, a black president they despise is better than the white president that will destroy their middle class life. One can only guess that Kansas is waking up. The President made himself the least fearful black man in the United States. He ensured that no events that he attended could possibly be used to insight white racial fears. He ensured that America was well aware of his white mother and that he was partially raised by his white grandparents.

Most of the black establishment because of history understood that progress requires compromise. Most understand that the president firstly is the president of all America. Doing a great job for all America ensures a likewise good result for the poor and minority America. More importantly they realize that to be reelected the President must make himself re-electable to those who vote.

I purchased two of Tavis Smiley’s books,” The Covenant with Black America” in 2006 and “The Covenant In Action” in 2007. They were good books that described many of the problems in black America and some solutions mostly in an abstract form. The problem I have with Tavis Smiley, Dr. Cornel West, and forums like the “The State Of The Black Union” is that they are all talk and no action. Having conferences with Harvard, Princeton, Ivy League, and other black intellectuals for all practical purposes are a waste of time. Many of these people seem to revel in listening to themselves and rarely participate in real grassroots movements that actually could effect change. While I give deference to Dr. Cornel West for participating in Occupy Wall Street, one rarely find these so called intellectuals physically being a part of the solution.

Tavis Smiley and Dr. Cornel West will do much better by going into the community, rolling up their sleeves, and going door to door, and talk to the disenfranchised. Encourage them to vote and humbly teach them why their votes matter. Let them know that unless they vote, the President does not have a sufficient mandate to effect policies most beneficial to them. Teach those that require it, the need for personal responsibility and education. Build up their spirits by showing they matter.