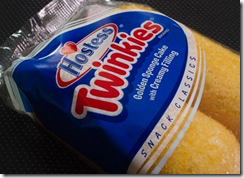 I have been mad at our political/economic system for some time. After leaving my activism in college I settled in a good corporate job as an engineer for 5 years. I then “built “my own software company. While insulated from today’s and yesteryears’ ills of working for companies that continue wage depression and employee oppression, I read about it with a continued trepidation. You see, even when one thinks all is well with where they are in life the unknown of society at large invariable will have an effect on us all. As a society we ignore that at our own peril.

On my twitter handle I use the phrase “Political Involvement Should Be A Requirement For Citizenship” because we all make up our own politics. If it is bad it is our fault. If it is good it is our fault. After just blogging on political economic issues under several anonymous handles I decided to just come out and write a book. Hell, everybody was doing it on the Right, mostly distributing factually false information. I was initially wary of coming out publicly politically because of where I live, where my daughter went to school, and the potential effect on my business. When I wrote “As I See It: Class Warfare The Only Resort To Right Wing Doom” it was done completely out of frustration and the desire to put the entire operation of our body politics and economic system in a form that everyday folk could understand. The intent was to show how we got where we were, the evils of the current system, and how we get the hell out.

This morning I clicked on a link that got me to a story from a Hostess (makers of Twinkies) employee titled “Inside the Hostess Bankery”. I had a visceral reaction to the article because it was the clearest expression of our plutocracy.

It is well reported that Hostess had 6 CEOs in 5 years. It is semi reported that each one had very high salaries and left with big bonuses as they left the company in worst state than when they got there. What is not reported is that the company legally stole their pensions, monies that the workers contributed to. The employees put three dollars for every hour they worked into their pensions. The company borrowed their pensions then went bankrupt. The bankruptcy judge ruled it was a debt they could not repay.

Most telling is the terms of the contract that hostess wanted. The words from the author say it best.

What was this last/best/final offer? You’d never know by watching the main stream media tell the story. So here you go…

This is what the fight is about folks. The titans of finance, the leaders of our plutocracy never have to take cuts. You must remember that the cuts in salaries and benefits on the middle class are directly resulting in the plutocracy’s increased income and wages. It is a transfer of wealth from the working middle class to the top few. It is legalized theft sanctioned by our corporate controlled government.

It is now time that every working middle class American take their government back. Get off the notion that government is bad. We the people are the government and we the people have allowed the corporate class to take it over by being gullible and many times willfully ignorant.

Well, reality is staring us all in the face my friends. It is time to band together in groups like Coffee Party USA and Move To Amend and form coalitions to take the necessary actions to really take our country back and force the effecting of policies that ensures us a prosperous middle class life. The Hostess story is a story that was told, is being told, and will be told if we do not get our act together. How much more of the snake oil policies that continually fail will you continue to support?