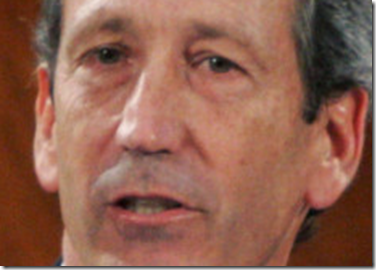 Everyone is entitled to redemption. However from a party that displays such an intolerance for carnal sin it seems that the most vocal opponents or the guardians of the doctrine continues to keep or aspire for public office. Yet, they try to deny those with minor or manufactured flaws the same right.

A Republican source tells CNN that the former governor is likely to announce any day that he will run for the seat left vacant by Rep. Tim Scott (R-S.C.), who was appointed by Gov. Nikki Haley (R) to replace outgoing Sen. Jim DeMint (R-S.C.) in the upper chamber early next year. DeMint announced earlier this month that he was leaving the Senate to become the president of the Heritage Foundation, a conservative think tank.

"Sanford is dead serious about this run," a former aide told Patch. "His dire predictions on America’s fiscal future have come true. I wouldn’t want to be running against him."

A primary will be held in early March. Teddy Turner, a Republican, announced his intention to run earlier this week, and several others have hinted at entering the race.