Ron is a friend of mine that I met at QLS Health Complex in Kingwood, TX (now Life Time Fitness). A couple of years or so back we use to play racquetball several mornings a week. We also played a few tournaments. He is in great shape and plays racquetball like a 30 year old. In fact, he used to beat up on many of the 30 year olds he played.

I had not seen him in a while. Last week I went to the gym later than normal, (I now go at 4:15 in the mornings) and we started talking about what he has been doing and about his racquetball prowess. He then told me about an incident with our medical system. I asked him to write it up so I could blog it.

There are likely millions of incidents like Ron’s that occur every year and simply go unreported. Many probably believe it only happens to them. This lack of transparency or distribution of one’s real experiences in our current disaster of a medical system is partly responsible for the fallacies that are told when attempting to improve the system. The absence of people telling their disastrous experiences also leads one to be persuaded that a private insurance based healthcare system is actually efficient and humane. The reality is that it is neither

Knee-Jerked by the Medical System 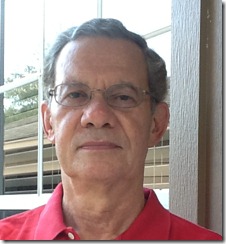 I have played racquetball for about 30 years. About six months ago I felt a minor pain in the inside part of my left knee. I realized it was from playing racquetball too long and too often and it was caused from the constant stopping and pushing off from my left leg. I decided right then to play only one or two times a week and spend most of my workout time swimming which I love to do. I thought I was being smart at the time but looking back, I should of quit playing racquetball. As time went on, my knee got worse and at the end of the day, my left knee was very sore from walking.

I went to my primary care physician and they took an X-Ray of the inside part of my left knee and referred me to Dr. Allen R. Criswell, an orthopedic doctor. My health plan – HealthSpring – requires a reference to see a specialist. My appointment to see Dr. Criswell was set for November 20 at 2:30 PM and the purpose was to get an MRI and to see if anything could be fixed.

On the morning of the 20th, I went to Dr. Criswell’s office with my X-Rays. I filled out about a dozen forms (more than I filled out when I entered the military) and paid the $30 administrative costs. I returned back to his office at 2:15 PM and waited two hours before I was called into his office. Dr. Criswell felt around my left knee cap and told me I was too old (we are both in our late 60’s) to have it fixed and there was no sense in having a MRI.  I was stunned! He gave me a needle shot in my left knee. I asked him what it was and he did not answer. For all I know it could have been a shot of water. Next he told me I needed a hinged knee brace but he couldn’t give me one because it was not covered in my HMO plan and then left the office.

Across the hall, I saw a room filled with hinged knee braces and asked the attendant how much they cost and he said $140. As soon as I got home, I had a phone message from HealthSpring that I needed to come into one of their offices to "evaluate" if I really needed this brace because it cost more than $150. I immediately went over to Academy sports store and bought the same brace for $45. Talk about markups!

I was extremely upset with Dr. Criswell’s diagnosis and called my primary doctor and complained about the situation. He made an appointment for me to come again and did an MRI on my left knee and got me a second reference to see another orthopedic doctor on January 2, 2013. Also my primary doctor (he is at least 60 years old) told me he had his knee "scoped" and within six weeks he was back playing golf. Also, he told me he has a 80 year old female patient who just got a new knee cap. Bottom line – I was very disappointed in Dr. Criswell and he definitely owes me my $30 administrative costs back because he did nothing for me and misled me. He should be ashamed of himself for being so unprofessional.

I do not know for a fact the real reason why the orthopedic doctor did not give Ron an MRI. What is fact is that many of these doctors get incentives to minimize billable health care. A 15 second interview with Ron would have told the doctor he was very athletic and in great shape.

The fact that Ron had to leave the office without an MRI because the doctor thought he was two old irrespective of reality, that he had to leave without a brace because the overpriced $150 brace may not be covered is by definition rationing by the private health insurance companies to maximize profits and with that high executive salaries.

Sadly, when it comes to understanding our private health insurance system, Americans have been duped into defying the rules of arithmetic. In other words the mis-informers would like you to believe that somehow “cost of health care” + “healthcare administration cost” is greater than “cost of health care” + “healthcare administration cost” + “advertising” + “profit”. The fact is that government healthcare delivery is more efficient than the private sector.