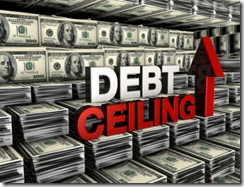 The media has enabled the lunatics on the Right into the mainstream of political thinking mostly for theater and ratings. That is what one gets when the press and news is nothing but a profit center. The same titans of finance that now own our media, our press, and our sources of news distribution may now be panicking. After all, what the Right Wing is intending to do to the country will materially affect the bottom line of the corporations that own these media outlets.

I interviewed President Clinton’s Secretary of Labor Robert Reich about his book Aftershock – The Next Economy & America’s Future. I remember feeling a sense of despair after that interview because the solutions that we needed to go through, not only for recovering for the collapse but moving forward with job creation, wealth creation, and fairness were all in his words. It is some of the words the president uses. It is codified in the Peoples Budget. Yet, very little coverage is given likely because of the entrenched biased against middle class based policies by the media due to their fear of the collusion between the corporatocracy and the Right.

Luckily for the middle class in this case, the interest of the corporations are now also at stake. During the upcoming debate on the debt debacle, one should expect the media to stop using its false sense of equivalency when addressing the Right Wing lunatics that would take this country down.

Jason Linkins of The Huffington Post wrote the article “Debt Ceiling Crisis 2013: The Media Needs To Be Trained” that caught my eye.

The author correctly states the cavalier ”ness “with which the media has been covering the debate and the need that they be educated on the real perils of the actions of the Right fringe. What the author does however miss is that since this event will not just hurt the middle class, but the core of the plutocracy, the media will be summoned to report appropriately.