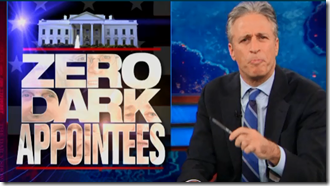 The mainstream news media has become the “me too and will up you one” news media. The president nominates four white men for cabinet positions and all hell breaks loose. It was quite amusing to watch MSNBC Chuck Todd ask the president about the diversity in his cabinet while sitting in the prominent front row of the press room populated by white men. No one should be surprised of the bias and ineptitude of the press.

Suffice it to say all these “reporters” are well aware that the president has appointed two women to the Supreme Court, one White and one Latina. He appointed Hillary Clinton, likely the most powerful and traveled Secretary of State. He appointed Attorney General Eric Holder, a Black man. Look, one could go on and on.

For his second term he floated Susan Rice, a black woman, to be Secretary of State who withdrew likely because the fight that was going to get brutal and personal between her and the Republicans. Specifically McCain wanted a pound of flesh from her for having “disparaged” his foreign policy sensibilities during the 2008 Presidential campaign.

The evidence is clear. The President does not have an inclusiveness problem. Now, in order to disregard reality, the press wants to give special designations of power to the cabinet positions. The premier positions are going to white men. Let’s assume that silly statement is true. Is the president not being balanced since they were occupied by women and minorities before? Are white men no longer allowed to have prominent positions if there is not a counterbalancing “minority”? One can imagine that if the president had appointed all women and minorities as the four first picks the media would be attacking the president with a “White Men Need Not Apply” narrative.

The press simply acts like packs of dogs all following the same leader, (generally the most incompetent leader, Fox News). John Stewart in the video below did an excellent job in highlighting how silly the notion is of President Obama having an inclusiveness problem.