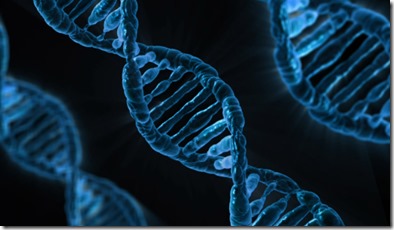 Until capitalism is viewed as only a tool to efficiently serve humanity when applicable, the American society will ultimately fail. Many Americans are indoctrinated into believing that capitalism is the America religion not far removed from “Christianity”. Anyone professing any ills about it is admonished.

Here is the fact; capitalism has no soul or morals. Societies must decide what their morals and objectives are, and fit its economic constructs, capitalism, socialism, etc. to achieve those.

Last week I wrote the article “Supreme Court Will Decide If Corporations Have The Right To Own Your Genome”. It is a must read about Myriad Genetics patenting our genes, specifically BRCA1 and BRCA2, having to do with a mutation that leave certain women susceptible to certain types of cancers. If they win the case they will have the right to stymie anyone interested in researching that sequence and implicitly will have a monopoly on all having to do with those genes.

Sadly, this problem occurs because as a society that attempts to fit capitalism to every function or construct, we are blinded to its very own perils. The article “Gene wars: the last-ditch battle over who owns the rights to our DNA” in The Raw Story, has three short paragraphs that illustrates this.

“It is certainly true that people will not invest in medicine unless there is some return on that investment,” said Justin Hitchcock, a UK expert on patent law and medicine. “That is why Myriad has sought these patents.”

In Britain, women such as Tracey Barraclough have been given BRCA tests for free on the NHS. In the US, where Myriad holds patents, those seeking such tests have to pay the company $4,000. It might therefore seem to be a peculiarly American debate based on the nation’s insistence on having a completely privatised health service. Professor Alan Ashworth, director of the Institute for Cancer Research, disagreed, however.

“I think that, if Myriad win this case, the impact will be retrograde for the whole of genetic research across the globe,” he said. “The idea that you can take a piece of DNA and claim that only you are allowed to test for its existence is wrong. It stinks, morally and intellectually. People are becoming easier about using and exchanging genetic information at present. Any move to back Myriad would take us back decades.”

The first of the three paragraphs illustrates the lack of morality or soul of capitalism. This is not a derision of capitalism per se, it is a statement of fact. Capital is only invested where profits are likely to be made. It is not there to solve problems or to do a good. It is for this reason that diseases that are not found in many people or diseases in a subset of people that cannot afford said drugs if invented, will be ignored.

The second of the three paragraphs illustrates the economic disaster on the healthcare economics of a nation when a company that has a monopoly on a drug or for that matter decides it must make a large profit on said drug. These are the reasons why our healthcare system is so much more expensive than all other industrialized nations even though our outcomes are worse.

The third of the three paragraphs illustrates most importantly the stifling of innovation that occurs with a system that allows the patenting of genes (and seeds, and animals, etc). Contrary to those who claim it would prevent research, the actual outcome is the opposite.

It is true that a pure capitalist market will efficiently allocate resources. Bad ideas, bad products, bad designs, unwanted products will all wither away because the profit motive will make it a disincentive to invest in them. Warehouses will not be all filled ever mounting bad products etc.

Many attempt to define every aspect of exchange in our society as a product in order to capitalize it; that is an immoral flaw. Compared to cancer, there are few people who suffer from lupus. As such there is no incentive for much research on lupus. The very limited drugs that have been developed specifically for this disease then cost so much that many will simply have to choose to die.

America’s middle class is being decimated from all sides, healthcare, taxes, property rights, corporate rights, & patents policies. It is time that the masses pay attention not only to this case but many other cases that slowly strip power from the masses.

The Myriad case should be enough of a warning to those who scream against “socialized” medicine. They should use it as a warning to socialize the portions of our healthcare system that would best work without a profit motive and a portion where a profit a motive is justified. Much is resting on the outcome of this case.