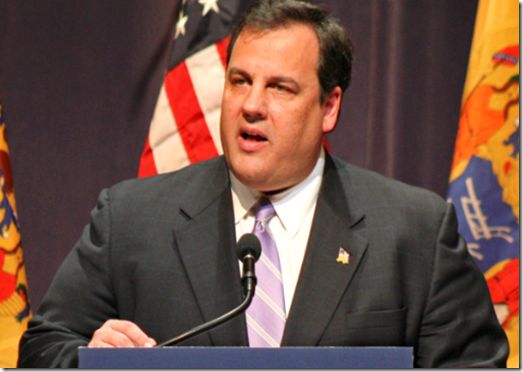 Well it is done. While he will not say it after decades of being morbidly overweight, Governor Chris Christie has finally laid the “first” foundation for running for President of the United States. According to the Huffington Post

In several interviews Christie had made fun of his weight and acknowledged it as a problem. Yet one cannot forget that when the Whitehouse physician, Dr. Connie Mariano, who worried about him dying in office voiced her concern, he exploded with anger and told her through the media to shut up.

"I know it sounds crazy to say that running for president is minor, but in the grand scheme of things, it was looking at Mary Pat and the kids and going, `I have to do this for them, even if I don't give a crap about myself,'" he said.

However if it took him decades to do something about an ever increasing and dangerous girth. Their had to be something putting him over the edge, RUNNING FOR PRESIDENT. And he will be a contender.

Many think that Christie will not be able to get through a Republican primary. After-all, his embrace of President Obama immediately after Hurricane Sandy made him a pariah in his party’s base. Recently he even said that President Obama kept every promise he made

Gov. Chris Christie said Monday that President Barack Obama "has kept every promise he's made" about helping the state recover from Superstorm Sandy.

Speaking on MSNBC's "Morning Joe" program six months after the deadly storm, the Republican governor said presidential politics were the last thing on his mind as he toured storm-devastated areas with Obama last fall.

When it comes to helping New Jersey rebuild from the storm, "the president has kept every promise he's made," said Christie, widely considered a potential candidate for the Republican presidential nomination in 2016. "I think he's done a good job. He kept his word."

That will further erode his base support. However, Governor Chris Christie is playing the long game. He is shoring up his chips with the country’s moderate base, Democratic and Republican alike, which will give him some latitude to conflate issues when having to run in the Republican primaries where his low information and ill-informed base outperforms. If they could  have settled with a faux Conservative like Mitt Romney, there will be no problem electing Christie who is not a “come lately” Conservative.

Put on your seatbelts folks. It is going to be a bumpy ride. A new svelte Chris Christie will show a man that can commit to a difficult task many struggle with and succeed and many will project that to his potential presidential success.