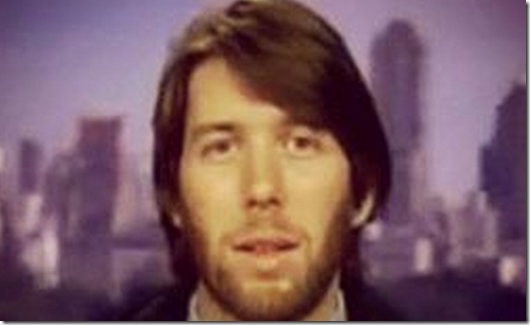 Yesterday I posted this blog piece “See Bill Maher’s Guests Spar–Do Only White Men Matter or Feel? (VIDEO)” about Charles Cooke’s comment on Bill Maher’s Real Time on Friday evening. Granted, I was rather pissed and the dismissive nature that Cooke dealt with slavery after the revolution.

I just found this gem in my twitter feed from Charles Cooke.

@egbertowillies You're being extremely, likely willfully, silly. Consider this admonition to apply to you, too: ccwc.me/12lV5dr

After reading his response to the dust up from his comments at his blog post “What's the Matter with Joan Walsh?” it is evident that Mr. Cooke is either choosing to be willfully ignorant or simply does not understand that context is everything and his context was all wrong.

Mr. Cooke said: “I think Americans have a problem thinking about this sometimes because — and I include myself, with British people — because the revolution that happened here was great, and very rarely is that the case in the world. You have this revolution in America in which the British fight the British, and then they codify classical liberal values into a constitution — and it’s great. But that’s not how it goes down normally. Normally, there is bloodshed and its horrible. And especially in the Middle East what they want to replace their dictatorships with — if you look at the polling — is Sharia law.”

Ms. Reid came back with: “But the revolution in the US was great unless you were a slave and then there was a war where 600,000 Americans had to die to make it better. Revolution isn’t always great. In the French Revolution there were beheadings. Revolutions are messy. You want people to have democracy it can be messy.”

Mr. Cooke believes that Ms. Reid interjecting slavery was a cheap shot because the subject at hand according to Cooke was “what people in the Arabic world tend do when they are given a chance to overthrow the existing order” and that because slavery existed pre and post revolution it was not germane to the discussion.

Mr. Cooke is comparing America’s revolution in a positive light relative to those in the “Arabic world' by referring to ours as great and theirs as failed because they would adopt what he (and me) see as bad, Sharia law. An outsider looking in could just as well call the American Revolution a failed revolution for most, as in said revolution the outcome was codified slavery, the vote for white male land owners, and everyone else be damn. It created a patriarchal society where white rich men ruled. Most Americans cowardly accepted this as doves. For the vast majority of Americans there was very little difference pre and post revolution.

Mr. Cooke wants to selectively use what he considers to be of the right context. For too long Liberals have allowed the Right Wing to get by with false equivalences and manufactured context. I am happy that many Liberals and Progressives are getting the spinal fortitude to hit back and correct the record at every turn.

Mr. Cooke, while your point may stand in your mind, those of us that understand how the manufactured misinterpretation of history is used to sell bankrupt ideologies will continue to stand guard. It is willfully ignorant of you to not see the American Revolution in the proper context.