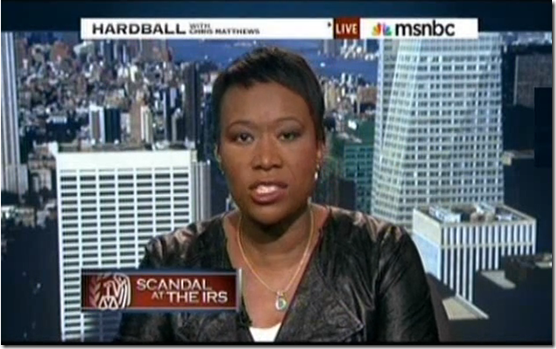 Republicans, Conservatives, the Tea Party, and Right Wingers play to win. They never allow truth or scruples to intervene. When I first heard the story about the IRS “going after Conservative groups” it seemed to be a rather logical decision.  After-all, who have not seen how close to the line the advertising and other actions from these groups purporting to be 501.c4 came.

Democrats and Liberals are tripping over themselves to castigate the IRS for doing their jobs. And of course the IRS is apologizing for doing right. As an activist not just sitting behind a computer screen but one that has had interactions with various Tea Party and Patriot groups, I can tell you objectively that most of these organization should not have qualified for tax exempt status under the code. These groups are militias that are intent on disrupting. This is what they did. Many continue to do it. They are not about political education they are about ideological enforcement.

If a barrage of applications came from liberal groups with similar names that had similar actions of the Tea Party groups, one would expect that scrutiny as well. Scrutiny must be applied where there is a problem. Therapy is not provided for all but to where there is a need.

It isn’t like this has not occurred to the left side of the spectrum. The New York Times published the article “Citing July Speech, I.R.S. Decides to Review N.A.A.C.P.” by Michael Janofsky detailing a more aggressive incident by the IRS on the NAACP, a Liberal organization in 2004 during the height of the Bush/Kerry election. According to the article, the IRS claimed it received information that then NAACP Chairman Julian Bond had made a speech in which he condemned the Bush administration’s policies on education, the economy, and the war in Iraq.

I am starting to love Joy Reid more and more  for standing up for real morality when other Liberals cower with their silence or cower by acquiescing to the Rights selective talking points. Ms. Reid forced Chris Matthews through his hyperventilating unnecessary sense of righteous indignation, to let her get a word in about the NAACP incident.

Joy Reid: The idea that the Tea Patriots and these other groups are non-partisan, that they are social welfare organizations is my other point; that the 501.c4 process has attracted every low level political consultant in the country to create a C4 when they saw the Tea Party coming. They weren’t creating these groups to be non-partisan and do policy, everybody who’s observed the Tea Party know they are a political. That’s number one. And number two, I wonder if the same level of outrage existed back in 2004 when the IRS not went after and looked at applications but audited the National Association for the Advancement of Colored people, audited the NAACP and launched a two year investigation into them simply because the President of the NAACP, because one person made comments that they thought were negative towards George W Bush. I think it is great that we are going to look at the IRS process; of course it should be looked at. If people did wrong doing and it was clearly stupid to target groups in this way, they did not understand the law; then yea, people should be disciplined. But let’s try to make sure that we are just as outraged when the IRS goes after the NAACP. And I don’t remember this level of outrage in 2004.

Tea Party Guest: Did the IRS in 2004 say we are going after them because of comments they made towards the President?

Tea Party Guest: Then it’s just as wrong then.

Chris Matthews: OK I think one thing, thank you Joy and I think everyone understands what you said and Jenny as well, I think people all at home are going to make a judgment about this.

To be sure, the IRS must be a neutral organization. Every taxpayer in America is given the benefit of the doubt. When one files a tax return it is assumed to be correct absent certain flags. In the case of the Tea Party and many Conservative groups, it is clear from the ads that they make that they are overtly partisan. That is a generic flag that should be a justification for extra scrutiny lest they continue to corrupt the body politic as they already have.

The supposedly Liberal Media from MSNBC to ABC are all displaying a sense of righteous indignation by condemning the IRS before many facts are in. ABC’s World News Diane Sawyer introduced Jonathan Carl’s piece as he “goes in search of the facts” where he interviews a sweet housewife with a baby who just wanted to start a Tea Party group but was so damaged by the IRS process that she quit altogether. He then showed footage of President Obama where four years ago he made a joke about sic’ing the IRS on people for not giving him an honorary degree at a commencement speech he gave at Arizona State University. This is nothing but the “Liberal Media” fanning the flames.

Liberals continue to play politics like a game while the Right Wing plays it as a sport. Liberals continue to apologize for the semblance of wrongdoing while the Right revels in getting away with wrong doing. It will do Liberals well to not be so quick at being self-judgmental. Many times people follow those they perceive to be strong irrespective of liking them or what they stand for. Liberals better spine up lest they lose the benevolence of their cause.