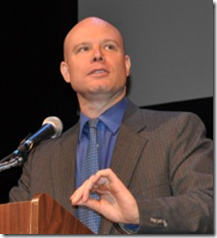 Texas is one of the few states that is majority minority. Texas has a population of about 26 million. It has a ‘minority’ population of 56% and a white non-Hispanic population of 44%. President Obama got 70% of the Latino and 90+% of the black vote in Texas. Obama still lost the state because Latino voter turnout and registration  is very low in Texas.

There is a concerted effort in Texas to turn it Blue. The organization Battleground Texas has a very strong grass roots movement in effect that is registering voters. Inasmuch as Texas has restrictive voter registration laws (e.g., if you want to register voters you must take a class to become deputized by the state),iIn the last three months Battleground Texas and other organizations have successfully encouraged hundreds to get deputized.

Instead of attempting to win the hearts and minds of all voters in Texas, the Texas GOP attempted to pass Voter ID laws. Additionally, the TEA Party group True the Vote attempts to intimidate minority voters at polls.

It never ceases to amaze that inasmuch as the Republican Party continues to deny that it has a race problem, whenever they believe they are in friendly territory or behind closed doors some race based comment is articulated. Battleground Texas has been making the Texas GOP very nervous; so much so that a rather sinister event occurred at one of their meetings.

It’s obvious that the efforts of the Democrats’ Battleground Texas are making some Republicans nervous. And that’s leading to some unforced errors that are creating some very bad publicity for the Texas GOP.

Take Texas GOP chairman Steve Munisteri‘s efforts to drum up support for “Battlefield Dallas,” an attempt by Dallas Republicans to counter the Battleground Texas push. Munisteri flew up to Dallas for an event and said all the right things during his speech.

It was billed of “the first public meeting of Battlefield Dallas.”

But a Tea Party Republican made the headlines when he had this to say about GOP voter outreach efforts.

“I’m going to be real honest with you, the Republican Party doesn’t want black people to vote if they’re going to vote 9-to-1 for Democrats,” Ken Emanuelson said. [source]

If the GOP truly wants to be an inclusive party, it must work to earn the vote of every American citizen. They must remove from their psyche the false belief that minorities are predisposed to vote Democratic. Minorities, women, young people, liberal & moderate whites, gays, and lesbians vote Democratic because at this time it is the party that speak to their values and needs. Republicans must change their policies to reflect America’s realities as opposed to attempting undemocratic means of voter suppression and gerrymandering to maintain power.