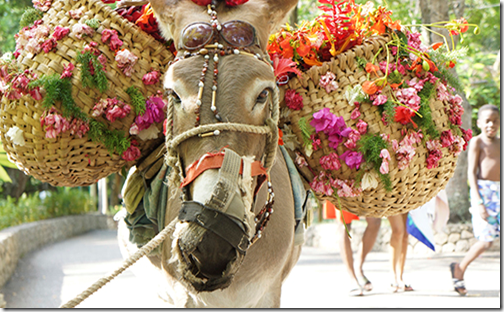 A Jamaican moved to Barbados and bought a donkey from an old Barbadian (Bajan) farmer for$100.00.

The farmer agreed to deliver the donkey the next day.

The next day, the Bajan farmer drove up and said, “Sorry, but I have some really bad news. “The donkey is dead!”

The Jamaican said, “That’s OK, just give me my money back.”

“No, I can’t do that” said the farmer. “I spent the money already!”

The Jamaican said, “Ok then, just leave the donkey with me then.”

“What are you going to do with it?” the Bajan farmer asked.

Jamaican: “I am going to raffle the donkey.”

Jamaican: “Yes, watch, I won’t tell anybody it is dead.”

A month later the farmer met up with the Jamaican and asked,”What ‘happened with that dead donkey?”