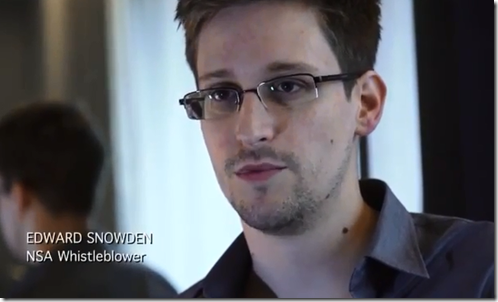 What would the  headlines be on Fox News if Edward Snowden, the leaker of NSA confidential information, had worked directly for the government? It is not hard to imagine them talking about the ineptitude of government and government workers. Next they would likely say the private sector would do a better job.

According to the Washington Post, Edward Snowden was formally terminated.

Booz Allen said Snowden was paid $122,000 a year for his work as a systems administrator on contract to the NSA, substantially less than the $200,000 a year he told reporters from The Washington Post and the Guardian newspaper that he made. Snowden was employed by Booz Allen for less than three months. [source]

It is interesting that Snowden lied when he substantially inflated his salary. One must wonder how much more was inflated as well. Remember he also said he had  the power to tap the President as well.

Digressing into the real story is important. Everyone likely knew that the government was snooping on phone records, emails, etc. After all, it was reported back in 2006. Moreover while no one overtly acknowledged the PRISM program, it was not difficult to infer its existence. This is evident from polls that show Americans don’t have any serious concerns.

The real issue is the existence of private contractors doing the jobs that government should be doing, especially where America’s security is concerned. Addicting Info’s Deborah Montesano wrote a prescient piece on this titled “Private Contractors Are In Charge Of National Security And They’re In It For The Profits”.

Private companies have a fiduciary responsibility to their shareholders. As such their aim is to maximize profits. This is generally at the expense of employee wages & benefits or cutting corners with services provided. Government contracting in the military and in national security puts this nation at risk.