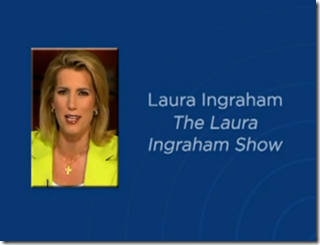 Pat Buchanan and Laura Ingraham are at it again on the radio on immigration reform. In a previous broadcast he said that Republicans are working with the Gang of 8 because they were terrified of the 71% to 27% Latino shellacking Republicans took versus President Obama. He said they were in a political panic and that allowing amnesty for 11 to 12 million Latinos is a ‘suicidal folly’ for Republicans.

Today when Pat Buchanan was asked by Laura Ingraham whether immigration reform would pass, he said he was not sure. He said there are some gutsy Republicans in the House. Laura then mentioned Sessions and Cruz (senators). He continued and said the American people have not spoken to the immigration issue and it would be a war inside the Republican Party and very damaging. He then wonders if McCarthy, Boehner, and Cantor will allow a split in the party. He claims that the Republican Party is currently (absent immigration reform) well positioned for the 2014 election.

It seems Pat Buchanan is still depending on Fox News, Dick Morris, and UnskewedPolls.com for his information. He should note that most polling show Americans support immigration reform. Sadly for Pat, Speaker Boehner sees an immigration bill by year’s end.

Pat Buchanan has allowed his inner racist and inner prejudice to taint his political thinking and analysis. If there is no immigration bill and Democrats truthfully make the case that it did not pass because of the ‘nature’ of the Republican Party, then they will successfully drive up the numbers of folks who normally do not vote in midterm elections. If Republicans support the bill, while they are unlikely to get the Latino vote in the near term, it is very likely the midterm will look like the standard midterm skewed towards Conservatives, old, & non-liberal white. That would increase GOP chances of winning some elections.

Pat Buchanan introduced a gem in his narrative on today’s Laura Ingraham radio show that he likely knew went over most of his listener’s heads. He said that the Republicans were ‘frightened into giving up the Sudetenland’, a reference to the British Prime Minister Chamberlain appeasing Hitler. Hitler was allowed to take the German speaking portion of Czechoslovakia, Sudetenland, in exchange for no further territorial claims. Buchanan was equating immigration reform with appeasement to Hitler. This rhetoric is to be expected going forward in an attempt to antagonize Republicans that are ready for a compromise.