While it is well known that the president said if Syrian President Bashar Assad used chemical weapons on his people it would be a red line, that did not necessitate or require military involvement. According to NPR over 93,000 have been killed by conventional means while 100 to 150 by a supposed chemical attack. The reality is that America could never be sure if that chemical attack was by the government or by a plant in the opposition. 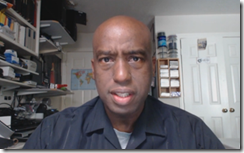 If this seems familiar it is because it is. America’s path to the ill-conceived war in Iraq began similarly, use or potential use of weapons of mass destruction. The war industrial complex using the government and a complicit media is attempting to take America into war.

The same thing has begun again. The media narrative instead of skepticism is again appeasement to the government and implicitly the war hawks doing the bidding of the military industrial complex.