Last week I drove from Houston to Austin, Texas for the “Stand With Texas Women” Rally at the Texas Capitol with 3 women. One of them is 19, the others are baby boomers. The three hour drive was informative, entertaining, and poignant as all three of these women had stories, if not their own, of many they have known, heard of, or being in contact with. They love Texas but hate what its current government is doing to women’s rights.

They echoed many comments received on many posts on stories about the forced vaginal ultrasound in effect in Texas, the Rick Perry veto of the Texas Equal  Pay Bill, and other bills that negatively affect Texas women. The two comments below are in fact reflective of  what so many women (& men) feel. 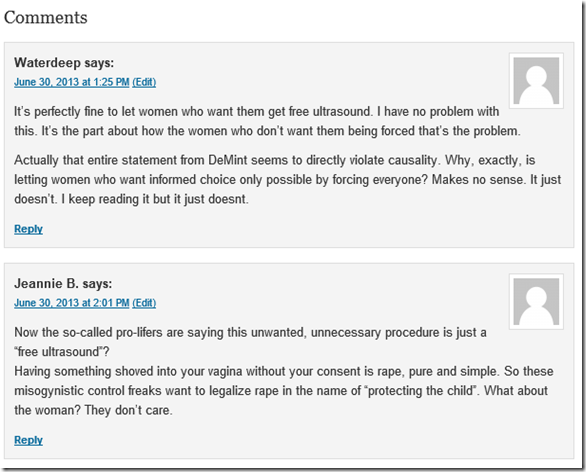 Lori was one of the women in the car. As discussions centered on what was being going done after the rally, she pointed us to a Facebook post that she wrote to someone who simply did not understand why Texas women were up in arms. It is the issue in a nutshell.

Lori Christian Hathaway: What Standing Up With Wendy Davis Means To Me 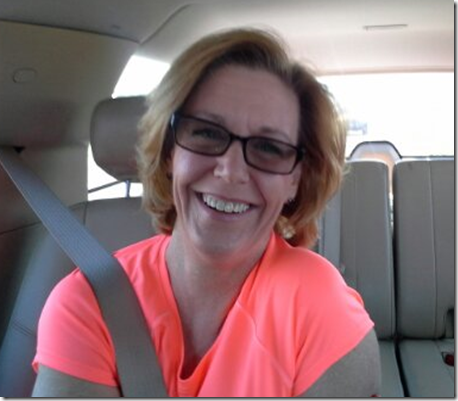 I have never been so terrified by the complete, callous disregard for women I witnessed in the Senate Chamber that day. Senators Van de Putte, Zaffirini, and Davis were treated dismissively, condescendingly. One only needs to watch the clip of Governor Perry patronizing Senator Davis and insulting her mother (a capital offense in Texas), to see how arrogant this group of misogynists has become.

Like my mother before me, who is ALSO fighting this battle, I believe public policy should have a goal of 0% abortions. But that begins with science (fact-based) sex education. Which requires funding education. I also believe that the PREVENTION of unwanted pregnancies is the key, by making access to family planning services to sexually-active people, regardless of ability to pay.

Educating pretense and teens and making birth control accessible does not cause sex, it simply prevents abortion. And it's far less expensive as a form of family planning. However, and this is a BIG however, when a room of wealthy white males want to decide for a couple deeply personal issues (some fetal abnormalities are not found until 20 weeks).

For an expectant couple to be forced to carry a child who will not survive outside the womb, being congratulated and having her belly rubbed by strangers, is beyond cruel. Bob Duell actually sat there and argued with Senator Davis as she read testimony from the American College of Obstetricians and Gynecologists. While yes, he IS a board certified small town family practice physician.

But one might believe that more than a dozen board certified specialists might have a valid point, given they all overwhelmingly disagree this bill makes sense. These are the same guys that gloated because they eviscerated funds to public schools, cut off funding for children's insurance (WHILE TURNING DOWN ALL FEDERAL FUNDS), and have all but eliminated access to birth control, mammograms, Pap smears and other health care services by attempting to close planned parenthood and replace it with these scam "abortion counseling centers" that do nothing but pressure teens into keeping a pregnancy until it is too late to terminate.

For those of us with private insurance, cars and gasoline, this is not what they consider an undue burden. But when you consider the 24 hour sonogram requirement, travel time to what will now be only FIVE locations in the state, it could easily require four days away from work or school, something an overwhelmed young woman might consider too much to handle until its too late.

This feels far more like class warfare than anything else, and given Texas is 3rd in teenage pregnancies, where both the MAJORITY of Hispanic and Black babies born are to single moms, I would suggest taking away options is rather short sighted. I have never needed an abortion, and I have made certain my kids understand how to prevent an unwanted pregnancy. I was fortunate given my chosen methods never failed.

I hope my girls will have the same good luck. My kids have been lucky. While they were raised for a good part of their lives by a single mom, i had parents nearby. The girl's father lives down the street. They belong to a village. And I have taught them to respect the value of their all-important future, and themselves, and wait until they are in a relationship that can sustain that degree of intimacy. This is why I also trust my daughters to be able to make decent, sound choices and decisions.

The irony of it all is I trust MY DAUGHTERS' JUDGEMENT more than the Legislature that feels it knows what is best for them and their peers. The state of Texas has no business practicing medicine without a license. Whew. Sorry. Intense week.
Friday at 1:09pm via mobile