After spending the last 13 hours driving to the State Capitol in Austin, TX with fellow Texans,  participating in the “Stand Up For Women Rally” which had an attendance way in excess of 5,000 Texans, and driving back to Houston, it was with amazement that the following was the front page of ABC Channel 13. 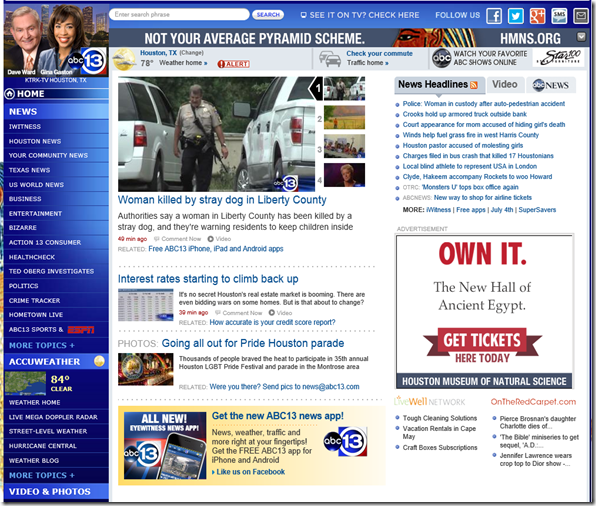 The following was the front page of CBS KHOU Channel 11. 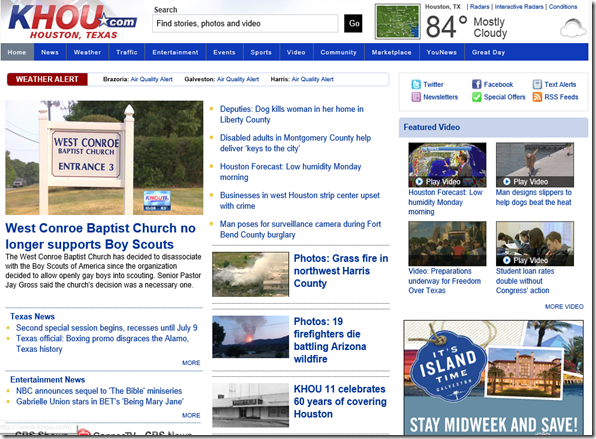 The following was NBC Channel 2. 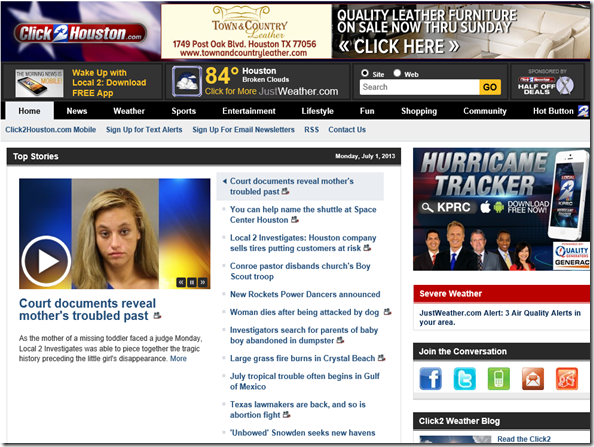 Tea Party events of just a few dozens or a few hundreds have constantly garnered front page coverage inasmuch as they have never had anything material to offer to improve the lives of Texans. Today over 5,000 Texans descended on the Texas Capitol after a successful defeat of a Republican bill that would remove women’s reproductive rights and access to healthcare, to protest  Governor Rick Perry and Republicans reintroduction of the bill. Yet, coverage was scant at best. They neglect to report real democracy in action.

Many ask how can a state as diverse as Texas allow itself to be governed by Taliban like patriarchs. The answer is simple. They are under-informed and misinformed by a derelict press in its duty. It is time to ditch mainstream media and find multiple sources that provide prescient, factual, current, and historical information. You can start by coming back to this blog and others, and ditching the mainstream media that is now either brainless entertainment or a ward of the Plutocracy.