A  Texas Senate Committee listened to testimony for and against Texas Senate Bill 1. This bill will effectively close all but five Texas centers that offer women legal abortions among other many important services. It restricted pregnancy terminations to 20 weeks even though some issues may arise that necessitates said eventuality. Simply put, it takes away many women’s rights and gives the government control over a woman’s body.

Many anticipated that the anti-choice movement would have flooded the Texas Capitol on Monday since they ensured that the rally would occur late in the afternoon when it is cooler and when more people are off from work.

The anti-choice movement was only able to get out one thousand or so persons. Inasmuch as they brought busses from out of state, they were unable to match the true grassroots nature of the progressive movement that is sweeping across Texas. 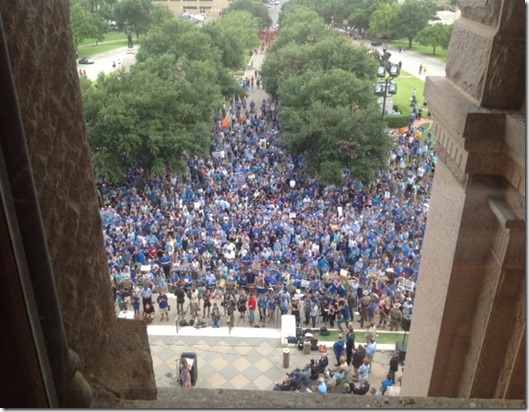 Just the week before, the pro-choice movement brought out over five  thousand persons. They rallied with resolve and marched in the streets of Austin, TX. They were there to support Texas women and Wendy Davis. They vowed to make their votes heard in order to turn around the talibanization of Texas politics by Republicans which is also sweeping through Red States throughout the country. 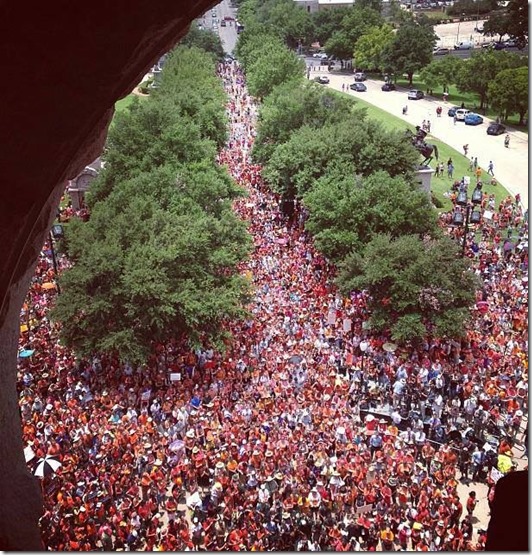 The grassroots nature of this pro-choice movement is simply a symptom of a bigger grassroots movement. While the anti-choice movement has been top down, puppets led by puppeteers, this pro-choice movement has morphed into more, a democracy grassroots movement. The signs were about the Senate anti woman bill and much more. The discourse among attendees included promises to work to bring Texas from 51st in voting to number one, allowing all its diverse citizenry to force Texas to reflect the will of every Texan, Liberal, Progressive, Conservative, Black, White, Latino, Asian, and everyone in between. 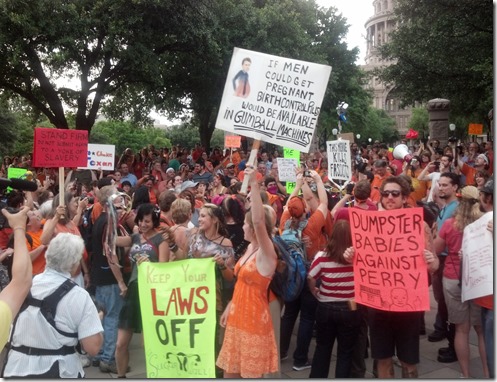 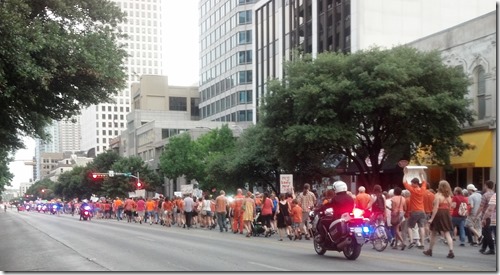