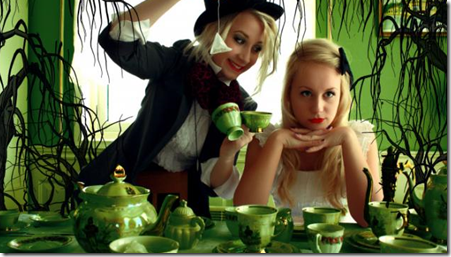 It was bound to happen. Right Wing groups that continue to be used by organizations like Americans For Progress (AFP) and Freedom Works to do their dirty works sometimes wake up to do what is best not only for their best interest but for society at large. It is the thing that the American Plutocracy fears the most.

It has happened before.

In 2012, the Atlanta Tea Patriot Patriots joined the NAACP and the Sierra Club to successfully defeat a $7.2 billion transit tax referendum. That same year, Tea joined forces with Occupy Atlanta and the AFL-CIO to stop an anti-union bill that would have banned protests at private residences (the bill sought to protect the “right of quiet enjoyment” of CEOs). [source]

Well now it is happening again.

The threat of a grassroots movement united across ideological lines manifested itself again last month when the Tea Party Patriots – allied with environmentalists of the Sierra Club – triumphed in a win for solar energy. [source]

The American Plutocracy better beware. When you keep squeezing the middle class and pushing them to the brink, they will eventually wake up. Those that have been fooled may be reluctant to give up the safety of their groups. Alliances may just be the escape they need for targeted attacks of and defense from the Plutocracy.