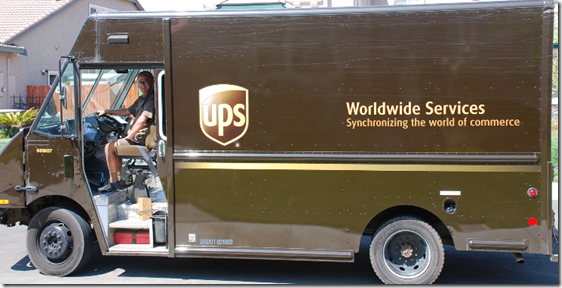 UPS just announced that it will be dropping working spouses who can get insurance from their own employers. In defense of UPS on this particular stance, paying for the working spouses’ benefits is tantamount to UPS subsidizing the spouses’ employers who forfeits the cost of insuring that spouse. That  isn’t fair. In a fair world, since family plans are less expensive than individual plans generally, both companies should be responsible for the cost of the family plan. This is another clear reason for Medicare for all, a single payer system that removes the employer from the health insurance business.

That said, the reality is that this is not new. UPS dishonestly attributes their action to Obamacare when it is likely a cost saving action they would have undertaken as health care costs rose with or without Obamacare. The act of attributing it to Obamacare is evil as it attempts to blame and foment a hatred for a law based on a lie even as the law in the aggregate helps millions of Americans and save lives.

It is a fact that

As a percentage of national income, corporate profits stood at 14.2 percent in the third quarter of 2012, the largest share at any time since 1950, while the portion of income that went to employees was 61.7 percent, near its lowest point since 1966. In recent years, the shift has accelerated during the slow recovery that followed the financial crisis and ensuing recession of 2008 and 2009, said Dean Maki, chief United States economist at Barclays.

Corporate earnings have risen at an annualized rate of 20.1 percent since the end of 2008, he said, but disposable income inched ahead by 1.4 percent annually over the same period, after adjusting for inflation.

“There hasn’t been a period in the last 50 years where these trends have been so pronounced,” Mr. Maki said. [Source]

Those corporate profits were not earned by the shareholders of these companies or their overpaid corporate executives. They were earned on the backs of employees that are more productive and without any opportunity for pay increases because of a concerted oversupply of labor in America. Corporations take more from the middle class yet balk at paying a little bit more to afford them health insurance. They balk at paying a wage their employees can live on.

A few days ago NBC did a much skewed piece stating Obamacare would cause the reduction in hours for many employees as employers try to avoid paying for health insurance. Never did they entertain that a small increase in product prices while painless to most would allow health insurance and better wages for its employees. Companies raise prices for their profits and rarely for humanity, their employees.

Americans must stop buying into the narrative of appeasing corporate greed in order to get the crumbs left over for their labor. Americans most assert their worth and demand their share of the economy.