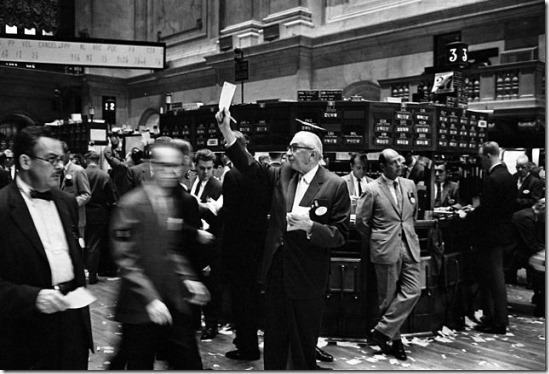 Many believe that Capitalism is synonymous with free enterprise and democracy. Capitalism is neither free enterprise nor democracy. After-all, China is now a capitalist country. No one believes that China is a democratic country. This conflation has allowed all attempts to attenuate the deficiencies of capitalism to be construed as that grand evil, ‘socialism’ or communism. Americans would do well to understand the differences and how they affect their everyday lives.

Under a poor unfettered capitalist structure the only thing that matters is growth, the real appreciation of capital. The shareholders of companies want the highest return on their investment. The managers of their monies effect whatever necessary actions to achieve this. If the American worker becomes too expensive, they present a false narrative stating that free trade lifts all workers. They then ‘invest’ in politicians forcing them to pass free trade agreements like NAFTA &TPP. If a profitable patent is about to expire, they get it extended by all means necessary. If an allowable level of pollution affects the bottom line, they get the law changed. If a pipeline or transmission line needs to be built, use eminent domain to usurp the rights of the property owner. You get the picture.

While the Tea Party has been running around preaching about Americans losing their freedom their boogie man was purposefully ill chosen. The ones that are hurt the most by the policies they support are those they purport to defend. Support of policies that removes the power of the elected government to regulate in effect relegates that power to an unelected few whose sole concern is the maximization of their wealth and well-being.

MSNBC Joe Scarborough and Mika Brzezinski visited Detroit on Thursday. Inasmuch as Detroit is in bankruptcy where the pensions of thousands remain at risk, they were extolling the virtues of the titans of industry who brought back a few jobs from Mexico to Detroit. Did they forget that these titans of industries went to the greener pastures of lower wages way before the collapse of the economy in 2008? Steve Ratter made it explicitly clear that while auto sales recovered, profits recovered, and productivity increased dramatically, the new jobs came in at substantially lower wages. In other words, instead of employees making higher wages given that less people were manufacturing the same number of cars, they are paid way less than before. They are not partaking of the spoils from higher productivity and efficiency.

Today fast food workers throughout the nation had a walkout. They want $15.00 per hour. A society must demand that those who work earn a living wage. That should be a societal contract. Wages that are two low force Americans to work more than one job just to subsist. This removes the freedom they would otherwise have for upward mobility, the time necessary to improve themselves through school or some vocation. Ironically if the minimum wage was indexed to inflation, it would be $10.74. Sadly, a reporter commented that a higher minimum wage is unlikely and that employers did not need to do it voluntarily because of a glut of employable workers caused by high unemployment.

Those that blame workers and unions for companies moving overseas or moving to the greener pastures of low wages must ask themselves a simple question. Which is more virtuous? Maximizing ones benefits and wages from real work or maximizing shareholder value simply for having capital. Yet, because of what unfettered and poorly regulated capitalism has effected on the American economy and workers, the power and freedom to bargain is all but gone.

A corporate controlled government is forcing the government to live up to their narrative; ‘Government does not create jobs. The private sector does’. If Americans were really free as opposed to being enslaved by the tenets of unfettered capitalism, government would be creating millions of jobs. The dilapidated freeway system would be rebuilt. High speed railways between major hubs would be built. Canals and storage lakes would be built to bring the flooded east to the arid west. Reforestation throughout the country would be effected. Many more jobs waiting for a system that can attach the American worker to an American job.

There are millions of jobs that need to be done. The failure of this man made economy prevents it. Those who have studied macro and micro economics may balk at this point. It should be noted that an economic system is not divine, it is manmade. If the current economic system works inordinately well for a few and not so well for most, then it has inherently failed. If there are millions of workers looking for jobs and millions of jobs waiting to be done and they cannot be matched, it means the economic system has failed. If the system inhibits change then one is enslaved to that system. If one is enslaved to that system, one is not free. There is no democracy if one is not free.