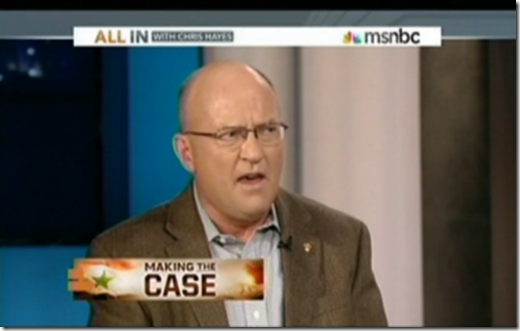 The vast majority of Americans are not only fatigued from war. They are tired of being lied to and false choices. Lest one forget, NPR recently reported that in more than one instance Reagan tacitly supported its use with his inaction. In other words countries have looked the other way when its use did not directly affect them. While this may seem like an inhumane stance most times a political solution is the only solution that ultimately causes the least amount of deaths.

How is having a bomb explode with the shrapnel shredding muscles and bones in the legs humans any more inhumane than poisonous gas? How are millions of land mines that maim and kill any more humane? There are all kinds of killing that occur in war. They are all painful and inhumane. To go into a destabilizing military action helps neither America or the average Syrian citizen.

Retired Colonel Lawrence Wilkerson gave the best perspective on this on “All In With Chris Hayes”. He lays out the flaw in making this use of chemical weapons the real red line.

Chris Hayes: What do you think when you watch him talk about the Iraq experience. Do you think we’ve learned our lesson?

Lawrence Wilkerson: In some ways perhaps, in other ways not. My first reaction and this in no way meant to be cold. It is meant to be the exact opposite. What’s the difference in a child dying of sarin gas in the night, a child dying in the morning with napalm, and a child dying in the afternoon with white phosphorous? Personally as a soldier I rather die of the sarin gas than the other two; those other two perfectly legal. And many people in Syria are dying of other causes than chemical weapons. So I have a real problem with this from that point of view.

Chris Hayes: So you question drawing this ring around this class of weapon in the way the civilized world, if we can use that phrase, has basically said you can’t do this.

Lawrence Wilkerson: The main reason we have a chemical weapons ban and the success we do with over a hundred and eighty eight countries members of the convention is because they aren’t very good weapons. That’s the real reason. Look at why the United States continues to use depleted uranium, white phosphorous, wouldn’t join the land mine ban and so forth is all because we find utility in the weapons. That’s not to be cold. That’s simply to be rational about it.

Americans are tired of watching American young women and young men die while more affected countries stand back. Americans are fatigued from a Congress willing find money to pay for war and find money to pay for policing the world with their tax dollars. At the same time they are unable to find the money and wherewithal to invest in Americans. The American infrastructure is in disrepair yet dollars cannot be found to employ Americans to fix it and with that increase employment and the tax base.

This may be the turning point. The mood of Americans is foul for this or any war or military action as corroborated by several polls. The President and Congress would do well to listen.