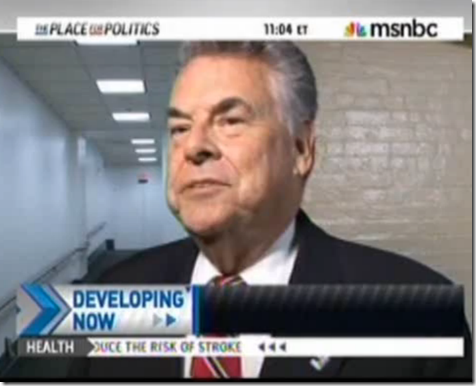 The civil war in the Republican Party continues. Many of the sane Republicans are letting the Tea Party self destruct. The Congressman said as much.

In an interview this morning New York Congressman Peter King said the following.

It’s something we have to do. It is a step in the right direction and hopefully it will be a major step  in letting people know that Ted Cruz is a fraud and will no longer have any influence in the Republican Party.

The Congressman was talking about another ill-conceived vote to defund the Affordable Care Act (Obamacare). In effect since Ted Cruz has been the champion of  doing the impossible, repealing Obamacare, they are letting him fail in front of all those he fooled by sending the impossible bill to the Senate. It’s on Ted Cruz’s back now.

Sometimes it is necessary to have a full catharsis before a rebirth. In many ways one hopes that inasmuch as a government shutdown would be painful to many individuals and to the economy at large, that it occurs once and for all. It is important that those that have been continually responsible for intransigence and obstruction ultimately pay the price by losing their elective offices. A re-born Congress with Republicans willing to compromise is necessary for the country to move on both economically and socially.

Joe McCarthy, I mean Ted Cruz may actually help Texas turn blue faster that anyone believe. As he is found out nationally it weakens him locally.