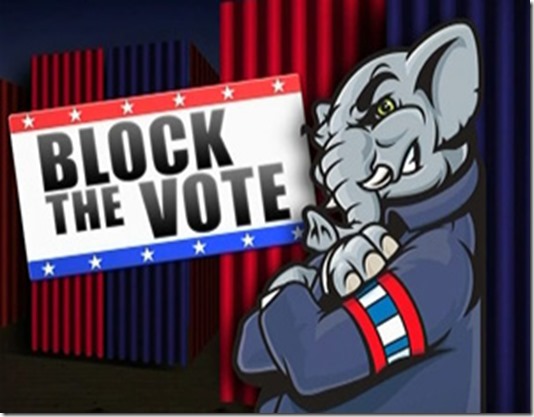 The Supreme Court barred Arizona from requiring proof of citizenship for federal elections. In order to get around that restriction in most of their elections, Arizona is setting up a two tier system. They will have a separate registration system for state and local elections that will require proof of citizenship. Kansas has also decided to do the same.

Congress passed the National Voter Registration Act in 1993 that allows people to assert their citizenship by simply checking a box on a federal form. The Supreme Court ruled that the power of Congress over federal elections was paramount. It did not rule on the power of Congress on state elections. Arizona and Kansas are using that loophole.

Until the Supreme Court rules otherwise, this form of voter suppression will be implemented by these two states. Both states are suing the federal Election Assistance Commission requesting that they change the federal form to require proof of citizenship.

Voter fraud in Arizona is almost nonexistent. The same is true for Kansas. Voter suppression is the only logical reason that these extreme methods would be put into place. Instead of working to implement policies that appeal to a large constituency, Republicans would rather make it difficult to vote.

This form of voter suppression is costly.

Running a two tiered election is expensive. The logistics are not easy and likely error prone.

Jamie Shew, a Democrat and the clerk in Douglas County, Kansas’ fifth largest, said his office already offers 125 different types of ballots for all local elections, but would have to provide double that number if it were to offer a separate ballot for federal races only, at 34 cents apiece. In Phoenix, the Maricopa County recorder, Helen Purcell, a Republican, estimates the cost of creating the new ballots to be $250,000, or roughly 5 percent of her office’s entire budget for the current fiscal year. [Source]

For a party that stresses fiscal responsibility, this is a very irresponsible act. They will pay for this in the long run.