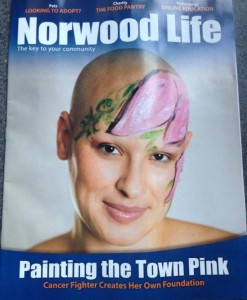 After posting this Rhonda Julian's healthcare scare article, Her Inspirational Bout With Breast Cancer A Good Reason For Obamacare (VIDEO), at the DailyKOS, many people provided their own stories. These are their interactions and realities with America's pathetic healthcare insurance system.

had cancer and her employer did not offer health care coverage. She went broke getting the diagnosis.

A talented computer person she was able to switch jobs to a company that had health insurance, for a smaller paycheck.

She had to work six weeks to get coverage and this while being weak and sick.

She was told she should have received treatment earlier. It was too late.

It would not have happened with the ACA.

This is so dreadful

Thank goodness I live in a humane society (New Zealand) where this could never happen. Okay, for non-urgent things you might have to get in line for a while.  But for anything serious, seeing a doctor, having tests, and getting treatment is all either free, or as near as (rarely more than $50).
We even have no-fault accident compensation.  If you get hurt, you get free treatment - even tourists!
I think the big difference between here and there (apart from our 4.5 million versus your 300-odd million) is that since the 1930s we've regarded health care as a fundamental human right, and we're prepared to pay quite high tax rates to ensure we provide it.

For those who use Canada as an excuse to criticize a single payer system, and talk about waiting lists, specifying Canada's experience as typical of the "flaws" in the system, this personal anecdote is for you.

I live in a Canadian province thought of as a "have not" province, essentially one that is on the "wrong" side of federal equalization payments. We have a burgeoning "senior" population, not unlike most areas as our boomers age.

We are not rich people, perhaps middle class with an average income. While on vacation recently, my partner suffered a back injury on a roller coaster (she's 61) that got more excruciating painful as the day wore on. We were due to return to Canada the next day, and the afternoon of our arrival she immediately went to a nearby clinic. She was seen almost immediately and the feared "pulled muscle" was suspected as something potential more serious. She was given an injection of a muscle relaxant to relieve some discomfort and sent forthwith to the emergency dept. of the local hospital. The emergency dept. works on a triage basis, and her injury was deemed sufficiently serious that she was seen within 20 minutes. The next 1 1/2 hours she had an X-Ray, subsequent MRI, bone density scan and blood work. The diagnosis was a severely compressed vertebra caused by moderate osteoporosis. She was scheduled for an appointment with a osteopath specializing in osteoporosis the following week.

She is now on a treatment regime of drug therapy, naturopathic supplements and a stabilizer for her bone density. She is also receiving treatment at a rehab center focusing on building up her back muscles. Other than the cost of the naturopathic remedies, there were no charges to us for the services.

We as citizens pay a VAT specifically targeted for medical services. The treatment we received was no more nor less than any other citizen could expect. Throughout all the stress and pain of my spouse's injury, we never gave a thought to "How can we pay for this?".

For those that do, my heart goes out to you. That a country as rich and powerful as the USA cannot find the wherewithal to provide like-minded healthcare services for all their citizens, something that is available in almost, if not all, modern first-world countries speaks to a fundamental flaw in the character of some of your decision makers, one they should be deeply ashamed off.

Quality healthcare is a basic right of citizenship, much like clean water, shelter, food and clothing. It isn't socialism, it is the natural progression of a modern society. Why do they refuse to see that?

Oh many years ago now, fortunately

I had a little tiny bump in my armpit, pink, maybe the size of a pinhead. Initially I didn't think much about it. I'd just gotten married, and then was looking for a new job. Once I had one, insurance did not kick in for six months, and the bump was bigger. Something about it made me nervous but I waited. At six months and one week, after three phone calls verifying the insurance was real, I made an appointment with a doctor. By then the little bump was the size of a nickel. Biopsies - three, as the insurance company would only accept the diagnosis of their lab - finally revealed melanoma. Surgery revealed it was in my lymph nodes. I fought those suckers at the insurance company the whole time. I lived, but only due to fighting. If I'd accepted the insurance company's decisions, I would not be here now.

"You must not lose faith in humanity. Humanity is an ocean; if a few drops of the ocean are dirty, the ocean does not become dirty." Mohandas Gandhi