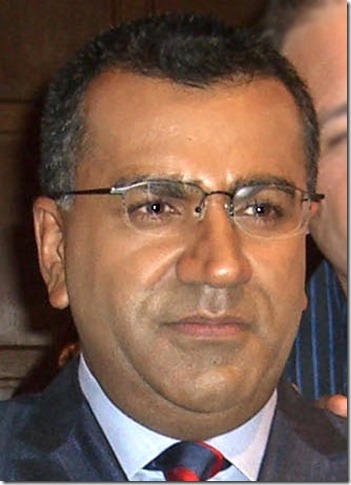 Martin Bashir was reacting to Sarah Palin comparing the deficit and Obamacare to slavery. Many on the Right have resorted to equate Obamacare and the deficit to a form of slavery. For descendants of slaves that comparison is obscene.

For those empathetic to those affected by the institution of slavery, the comparison is obscene. Martin Bashir graphically illustrated in his segment a few of the hundreds of dehumanizing events that were imposed on slaves. Sarah Palin had said that “Our free stuff today is being paid for today by taking money from our children and borrowing from China. When that note comes due … it is going to be like slavery when that note is due.”

Martin Bashir’s response was snarky and graphic. He had had enough. “Given her well established reputation as a world class idiot, it’s hardly surprising that she should choose to mention slavery in a way that is abominable to anyone who knows anything about its barbaric history,” he said.

Martin Bashir then recounted the writings in the diary of Thomas Thistlewood, the son of a tenant farmer. In his diary Thistlewood detailed the “cruel and brutal” punishment inflicted on his slaves. One such brutality involved forcing one slave to defecate in another slave’s mouth. Another cruelty was rubbing salt, pepper, and lime juice into a slave’s wound from flogging.

Martin Bashir then ends his segment saying, “When Mrs. Palin invokes slavery, she doesn’t just prove her rank ignorance. She confirms if anyone truly qualified for a dose of discipline from Thomas Thistlewood, she would be the outstanding candidate.”

Martin Bashir apologized for the segment. It seemed this was not enough for most. His statements continued to haunt him and MSNBC. Martin Bashir decided to resign today. His email follows.

After making an on-air apology, I asked for permission to take some additional time out around the Thanksgiving holiday. Upon further reflection, and after meeting with the President of MSNBC, I have tendered my resignation. It is my sincere hope that all of my colleagues, at this special network, will be allowed to focus on the issues that matter without the distraction of myself or my ill-judged comments. I deeply regret what was said, will endeavor to work hard at making constructive contributions in the future and will always have a deep appreciation for our viewers – who are the smartest, most compassionate and discerning of all television audiences. I would also wish to express deepest gratitude to my immediate colleagues, and our contributors, all of whom have given so much of themselves to our broadcast.

Both the Right and the Left displayed a false sense of indignation over Martin Bashir’s comments. The Right continues to lie, make racist, sexist, misogynistic comments on a daily basis. There is rarely consensus to chop the head of the ones inflicting these ills.

Martin Bashir made a rhetorical statement that was absolutely in line with the liberties and false equivalences Sarah Palin and the Right have been expounding. For that he would not be forgiven. Martin Bashir’s resignation is another Right Wing win over a spineless Left.