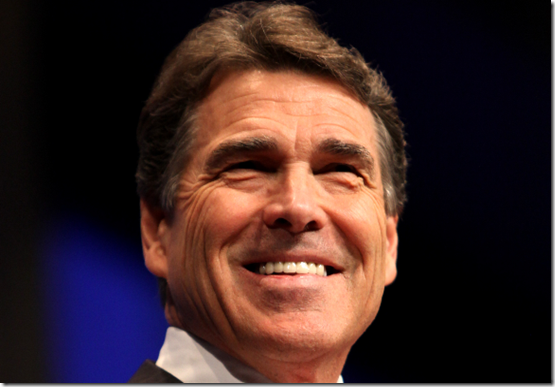 Where is the outcry? Where is the empathy? Where are the moral values? Governor Rick Perry wrote an op-ed about the Affordable Care Act (Obamacare) in the Dallas Morning News that is nothing short of evil. If he is to be believed, the question every Texan and every American must ask is “what have you, Mr. Perry, done to help the millions of Texans and Americans without healthcare?” What have your Party done to assist the ever increasing medical catastrophe in this country over several decades of Republican obstruction to humane healthcare for all.

Rick Perry begins with what he believes to be the new perfect attack against Obamacare.

People all across the country have witnessed what a disaster this program has been from its earliest stages, ranging from the $600 million website debacle to the sad fact that President Barack Obama flat-out deceived the American people when he promised that those who like their coverage could keep it.

He fails to acknowledge that these policies were cancelled not because the president broke a promise, but because these policies came into effect after the law was passed but before the regulations kicked in. The policies did not protect Americans and were simply insurance companies taking premiums for little or no service. Obamacare make those policies illegal. You cannot like what you do not know you do not have. Rick Perry in effect is supporting the ‘legal’ defrauding of Texans and Americans by that accusation.

Rick Perry shows who he really cares about in the op-ed. He says,

The insurance industry — already being forced to cover more people without seeing the promised influx of younger, healthier uninsured purchasing coverage to help cover costs — is being forced to cut costs and raise premiums, meaning less choice, less coverage and longer wait times for Americans at doctor’s offices and hospitals, despite paying more money out of their pockets.

Insurance companies do not add value to healthcare. Their sole purpose is to make a profit from paying your bill. They must only concern themselves with risk management and the composition of their pool of people to ensure they make a profit. The American citizens are nothing but raw material for them. If one assumes that all people are entitled to humane healthcare, there should be no risk pool. Everyone should pay a premium proportional to their income. That should afford them humane healthcare  that one should expect from a rich country.

Rick Perry’s above assertions implies America does not have a medical establishment capable of addressing the medical needs of the entire population. At the same time it implies the cost for this substandard system seeing more people is higher prices. In his closed loop system, that implies even further profits not only for insurance companies but the entire medical establishment. You cannot have your cake and eat it too.

Rick Perry believes one must be destitute before assistance.

The following statement is likely one of the most un-empathetic statements. On the surface it seems benign. At its core is the new Republican ideology.

Another consequence of Obamacare is the effort to cram more people into an already broken and costly Medicaid system without any reforms. Increasing income disregards, eliminating asset testing and forcing previously ineligible individuals into Medicaid all function as a backdoor expansion of Medicaid. Yet Obamacare’s own system to transfer Medicaid applicants to Texas doesn’t even work.

Rick Perry accuses the Medicaid system, one of our social safety nets as being broke and costly. Costly? Ask doctors who receive Medicaid payments how costly it is. They get less than Medicare rates. Many doctors complain but their standard of living remains high.

Within Rick Perry’s words lay something more ominous. The statement “asset testing and forcing previously ineligible individuals into Medicaid “ is a requirement of his ideology. It is what Obamacare is intent on eliminating. This implies that, as in Texas, one must be near destitute or one must become destitute before qualifying for any assistance.

The shortsightedness of said stance, said ideology is profound. If one gets a helping hand without having to be destitute the ability to grow out of poverty is that much greater. One has a base to build from. In Rick Perry’s world you must be relegated to a permanent underclass or die on the path to permanent underclass seeking healthcare. This is not hyperbole. It is reality.

Unfortunately most of the indigent in America gets no press. They suffer in silence. They feel as if they have no voice. As such they do not vote. They do not participate in the body politic. The constant attack on them by Rick Perry and his ilk demoralizes them.

Rick Perry must be stopped.

It is our civic responsibility as Americans who love democracy to ensure the failure of Rick Perry and his ilk in their immoral endeavors. It is time to get up from the keyboard and computer screen and help that demoralized neighbor. It is time to engage them. Talk to them. Listen to their problems. Share their problems. Help them with solutions and bring them back into the body politic. It is time that all Americans know this is their country and it is up to them to take away the reigns from those that have decimated the poor and the middle class as they built up the wealth of the few on their backs.