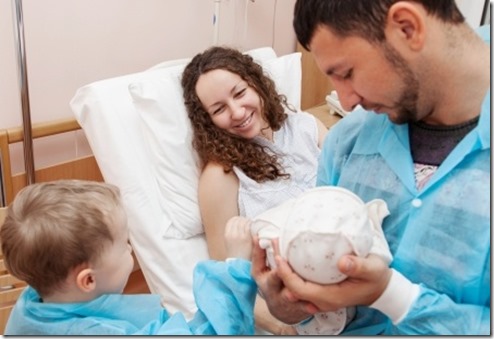 Erick Muñoz, a firefighter-paramedic, woke up to find his pregnant wife, Marlise Machado Muñoz, unconscious on the floor in his kitchen. She was 14 weeks pregnant at the time. Marlise Machado Muñoz was also a paramedic. Erick Muñoz said that both he and his wife were exposed to this situation. They both opposed life-sustaining efforts if either were declared brain dead.

Marlise Machado Muñoz heart stopped several times. Doctors suspect she had a pulmonary embolism. When the husband found out she was brain dead he wanted her wishes fulfilled. John Peter Smith Hospital said they could not take her off of life support because of the 1999 Texas Advance Directives Act.

Medical ethicists disagree whether the law applies to this case or not. The hospital is steadfast in their decision. They said there are no grey areas.

By 2005, Texas and 17 other states had enacted laws that require keeping a brain-dead pregnant woman alive against the family’s wishes, or even in opposition to the woman’s living will, until a viable baby can be delivered, usually after 24 weeks, according to an article in the Vermont Law Review.

The following excerpt from the Center For Women Policy Studies paper Pregnancy Exclusions in State Living Will and Medical Proxy Statuses by Megan Greene and Leslie R. Wolfe is probative.

Presently, every state in the United States has a statute regarding an individual’s right to create an advance directive.  However, many of these laws strip women of the constitutional rights embedded in lines of precedent developed by the Court. Because of pregnancy  clauses present in 31 states’ laws (as of 1992), terminally ill women may have been forced to merely exist as human incubators and have their wishes, as declared in a living will or
advance directive, cast aside.   Even if a woman’s advance directive states that she does not want life-prolonging treatment, if she is pregnant at the time it is to be executed, pregnancy exclusions require that her directive be ignored and that she be forced to carry the fetus to term.

In 1992, The Center for Women Policy studies published a groundbreaking report on pregnancy exclusions and their effect on women’s rights. The report concluded that these laws violate both a woman’s right to refuse life-sustaining treatment, as well as her right to abortion guaranteed under Roe v. Wade.

Life or death should be a personal decision.

It is clear that this is an intrusion on a woman’s sovereignty to her own body. It carries much deeper implications as expressed by the following Facebook user.

Rud Merriam
There is another ethical question with a very pragmatic aspect: Who is paying for the, approximately, 6 months of hospital care? The state has effectively mandated indentured servitude, for lack of a better term, for the husband if he tried... to pay the bills. Even with insurance it is going to be humongous. You know darn well that the insurance company is going to claim (1) she was dead so no longer covered and (2) the fetus was not yet born so not covered, either. The reality is the hospital is going to absorb a large part of this cost after the husband files bankruptcy. So all the people who use the hospital are going to be paying for it in increased medical bills.

Before someone chimes in with "But it is a human life!", I will point out that life and death decision based on monetary costs are done all the time. The FAA considers the human cost when it mandates safety features in airplanes. If the cost of the feature is higher than the human cost it does not mandate the feature.

The state of Texas is placing an unfair financial, emotional, and psychological burden on the family. Erick Muñoz, While many politicians preach less government the words do not match reality.