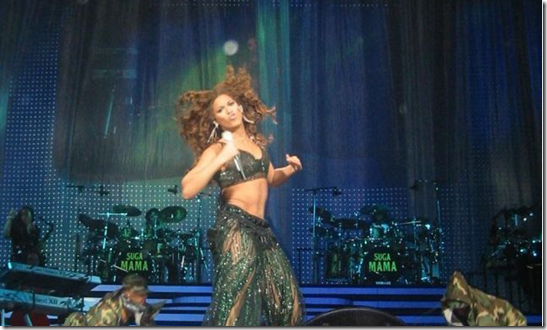 I have been hard on Beyonce recently. I wrote this blog post to pretty much agree with Poet/Femenist Christa Bell and feminist educator, writer, & activist Dr. Mako Fitts Ward. They took exception to her new album. In effect they implied she was a pawn to society that plays on women and demeans women.

Beyonce writes an essay on The Shriver Report.

I was happy to read an essay/plug by Beyonce for Maria Shriver’s The Shriver Report: A Woman’s Nation Pushes Back From the Brink. Beyonce says,

We need to stop buying into the myth about gender equality. It isn’t a reality yet. Today, women make up half of the U.S. workforce, but the average working woman earns only 77 percent of what the average working man makes. But unless women and men both say this is unacceptable, things will not change. Men have to demand that their wives, daughters, mothers, and sisters earn more—commensurate with their qualifications and not their gender. Equality will be achieved when men and women are granted equal pay and equal respect.

According to The Shriver Report,

A Woman’s Nation Pushes Back from the Brink will examine the rates of financial insecurity among American women and the children who depend on them, investigate the impact of it on our nation’s institutions and economic future, and promote modern solutions to help women strengthen their financial status.

Beyonce acknowledged that there is a a lot of work to be done. Her mass appeal and mass exposure is likely to bring some visibility to Maria Shriver’s project which is essential. These types of issues usually do not get the coverage they deserve.

Beyonce must be commended for entering the fray. It is neither glamorous nor entertaining. Hopefully many other artists will follow her lead on this one.