This Is The New Republican Job Plan 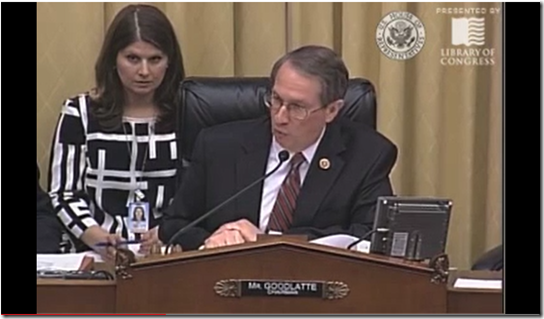 Last Thursday, January 9th, Congress held a hearing on HR 7. HR 7 is deceptively titled “No Taxpayer Funding For Abortion Act.” Susan Woods, an associate professor of health policy at George Washington University describes the bill as follows in her testimony to the House Judiciary Committee’s Subcommittee on the Constitution and Civil Justice.

This bill is a sweeping piece of legislation that would affect nearly all women in this country and would do significant harm to many, especially those women and families who are struggling to make ends meet.  While the bill is cloaked in the language of taxpayer rights and federal appropriations, a close examination of its true impact reveals a mean-spirited attempt to interfere with a woman’s personal decision-making by denying women insurance coverage for abortion care.  Every woman deserves coverage for basic health care, including contraception, maternity care and abortion services should she need it.

This legislation reaches far beyond the already troublesome Hyde Amendment, which as you know is an annual appropriations measure that withholds abortion coverage for women enrolled in Medicaid unless their life is endangered by a pregnancy or the pregnancy results from rape or incest.  And it reaches beyond the onerous restrictions that were proposed in the Stupak Amendment to the Affordable Care Act (ACA) and beyond the restrictions enacted into the ACA by the Nelson Amendments.  In addition to all of those harsh measures, it would also virtually eliminate abortion coverage from the private insurance market and deny tax credits to small businesses that want to offer abortion coverage to their employees.   Moreover, it would provide exceptions only for rape and incest or for conditions that put a woman in danger of death.

Congress should reject this harmful and overreaching piece of legislation.

This was supposed to be a serious hearing. It turned out to be another attempt by Republicans to take over women control of their own reproductive rights. It was prevue to yet more insensitive moronic comments. The  educationally, morally, and ethically challenged Right Wingers continue the assault.

The statement below is hard to believe. One cannot make these things up. To Congressman Bob Goodlatte (R-VA) the Republican job plan can be tied to women reproductive rights. They intend to force women to reproduce against their will. This of course is something no man has to worry about.

“In addition I would suggest that it is very much the case that those of us in the majority support this legislation because it is the morally right thing to do,” Bob Goodlatte said.  But it is also very very true that having a growing population, having new children brought into the world is not harmful to job creation. It very much promotes job creation, for all the care and services and so on that need to be provided by a lot of people to raise children.”

Where is the real discussion in Congress on job creation? Where are the moral and ethics that dictate help, unemployment compensation, for those affected by the collapse of this man made trickle down failed economy. The statement on job creation did not belong in any discussion on women’s reproductive rights.

This is wrong on so many levels. The legislation as explained by professor Susan Woods would effectively ban abortions. It would ban it for anything except rape, incest, or danger of death of the mother. There is nothing moral or ethical about these lawmakers taking complete control of a woman’s body.

Worse is the attempt to justify this attempted coup as some sort of Republican job plan. Women in effect are forced to offer up their bodies to reproduce since it will ‘promote job creation’. They are to be made incubators. America has already outsourced much of its jobs. America has outsourced most manufacturing. It has done so to China. Imposing reproductive control on women is tantamount to outsourcing America’s ethics and morals. Let this end now. Women must not be some Republican job plan.