Are The Rich Really Deserving Of Their Wealth? 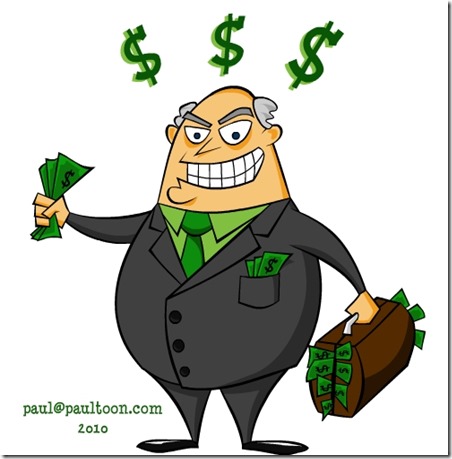 Paul Krugman wrote a very important article a couple days ago. He titled it “The Underserving Rich.” He starts the article telling the reality that the bottom half of Americans have seen no growth in their wages in the last 30+ years. Worse, some have actually seen their income fall.

Most importantly he castigates the apologists for the wealthy. He does so because these false prophets use the traditional media to falsify the record. They misinform Americans on the realities and reasons for America’s destructive plutocracy.

Krugman gave the example of The Wall Street Journal Bret Stephens lying about income growth of the bottom fifth of Americans. Krugman wrote,

one need look no further than a recent column by Bret Stephens of The Wall Street Journal, which first accused President Obama (wrongly) of making a factual error, then proceeded to assert that rising inequality was no big deal, because everyone has been making big gains. Why, incomes for the bottom fifth of the U.S. population have risen 186 percent since 1979!

If this sounds wrong to you, it should: that’s a nominal number, not corrected for inflation. You can find the inflation-corrected number in the same Census Bureau table; it shows incomes for the bottom fifth actually falling.

The most damaging obfuscation however is the false Republican meme of the poor or less affluent being mostly responsible for their economic state. On this Krugman wrote,

America’s affluent are affluent because they made the right lifestyle choices. They got themselves good educations, they got and stayed married, and so on. Basically, affluence is a reward for adhering to the Victorian virtues.

What’s wrong with this story? Even on its own terms, it postulates opportunities that don’t exist. For example, how are children of the poor, or even the working class, supposed to get a good education in an era of declining support for and sharply rising tuition at public universities? Even social indicators like family stability are, to an important extent, economic phenomena: nothing takes a toll on family values like lack of employment opportunities.

The fact is that most of America’s gains in the last 30+ years and specifically post Great Recession gains went to the top one percent. Were these the people that are getting us out of the economic slump. Or is it a fact that their hoarding of capital is stifling the economy. The latter must be inferred from empirical and historical data. America is living the economic reality of pilfer by the rich, a class war the rich is winning.

When the master of unfettered capitalism Henry Blodget starts questioning the false conventional wisdom promoted by the apologists for the American plutocracy, one must take heed.

There is a simple question that one can ask to determine if the rich is deserving or not. Can they take care of themselves? Can they make things? Can they serve? If a farmer who tends his crop is placed on a deserted island and a rich man who is constantly cared for is placed on an adjacent island, who do you think would survive?

In the Darwinian nature of the current Republican Party their rhetoric do not match those they consider worthy. Krugman’s article illustrates the method used to put the blinders on America. Americans must step up and asset their worth.