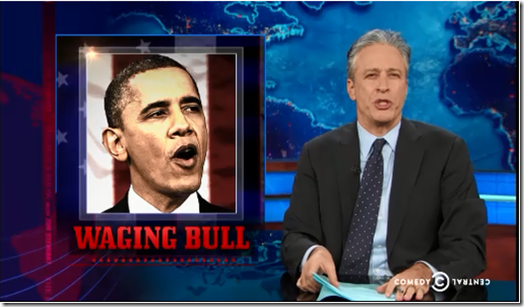 President Obama gave a great speech last night. It was an optimistic middle class centric speech. It was an equal access to success speech. It was a modest speech with things that should be accomplished even with an obstructionist Congress. President Obama stated that he would sign an executive order that will increase the minimum wage for all federal contractors.

The president could not be clearer on the minimum wage. He decided to take the action the constitution allows him to take. At the same time he prodded Congress to do their job to further help the working poor and middle class.  President Obama said,

As a chief executive, I intend to lead by example. Profitable corporations like Costco see higher wages as the smart way to boost productivity and reduce turnover. We should too. In the coming weeks, I will issue an Executive Order requiring federal contractors to pay their federally-funded employees a fair wage of at least $10.10 an hour – because if you cook our troops’ meals or wash their dishes, you shouldn’t have to live in poverty.

Of course, to reach millions more, Congress needs to get on board. Today, the federal minimum wage is worth about twenty percent less than it was when Ronald Reagan first stood here.  Tom Harkin and George Miller have a bill to fix that by lifting the minimum wage to $10.10.  This will help families.  It will give businesses customers with more money to spend.  It doesn’t involve any new bureaucratic program.  So join the rest of the country.  Say yes.  Give America a raise.

Many Republicans continue to oppose increasing the minimum on the premise that it will cost jobs. One must ask if today’s minimum wage has much less value than it had 15 years ago when unemployment was much lower, how can increasing it be detrimental. It is a documented fact that the declining value of the minimum wage is a major driving factor of income inequality and poverty.

Samantha  Bee’s skit on increasing the minimum wage was probative.

Samantha Bee’s skit, while funny takes on a serious issue. It puts the idiocy of those opposing increasing the minimum wage into context.

Samantha Bee took each troglodytic argument made by financial commentator Peter Schiff to task. Peter Schiff talks about the law of supply and demand as if humans, workers were just a part of the supply demand chain. He claims that if one increases wages, demand for workers fall. The statement is not backed by actual research nor does it take the human component into account.

Peter Schiff also forgets to mention that increased economic activity from workers having more money to spend is actually stimulative. When people at the lower end of the economic spectrum get a marginal increase in income, they circulate it into the economy. When those with more means get it they may save it or invest it in China, Europe, or Latin America which does very little for American economic activity. In Econ 101 parlance Peter Schiff alluded to in his comment, the marginal propensity to consume of low wage workers is much higher than that of the wealthy. He should know that. The problem is many of the bastions of capitalism are generally much less read than they are giving them credit for. They do not hold those positions for what they produce but for how effective they can manipulate the movement of money.

There were several important truths that came out of the skit.

Anyone who cares about affording all the access to success, most support a minimum wage that is a living wage. The working poor and the middle class are tapped out and have no more to give. It is time for business and government to do right by those that have made this country great.