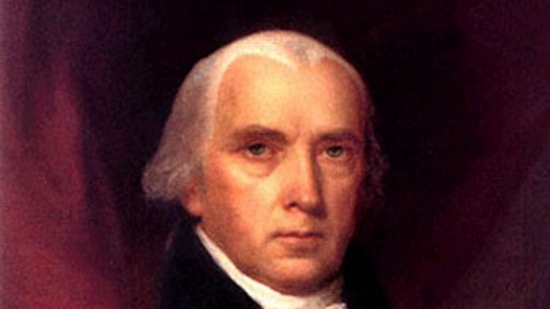 A few weeks ago I wrote this article on one of the seeds responsible for the assault on the American fabric masses of Americans have fought for, a real democracy for all. The article partially blamed Lewis Powell for today’s dysfunctional government inspired by the “Powell Memo”. After all, that memo was a blueprint that was instrumental in creating institutions and instruments to indoctrinate and mislead.

Last week Dr. John J. Theis, a Lone Star College professor took a group of activists to a symposium. Gar Alperovitz, a leading author and economist was one of the speakers. He discussed an America beyond Capitalism. I wrote about it last week. We have since been discussing the topic of Capitalism, crony Capitalism, corporate Capitalism, collectives, and other forms of worker owned corporations.

In the process of those discussions the inherent weakness of the average American in the American ‘democracy’ became apparent. Dr. John J. Theis suggested that I read founding father James Madison’s Federalist #10. The first thing that is apparent is that James Madison was a great writer. Federalist #10 is not very long. James Madison ensured that every word, every sentence was effective. The 85 Federalist Papers were written by James Madison, John Jay, and Alexander Hamilton to promote the ratification of the United States Constitution.

After reading Federalist #10 one cannot help but view the founding fathers in a different light. Moreover those like the Tea Party and factions within the Republican Party, who wrap themselves in a type of rhetoric of adulation for what they believe was the founding fathers intent for the population, should rethink their position. It is well known that women, blacks, and non-landowners had no vote. Federalist #10 shows why a real democracy was the biggest fear of James Madison. It also illustrates why today’s Plutocracy would sit just fine with the founding fathers. Those that defend the  status quo feel they have the moral direction from the founders however misguided.

James Madison starts Federalist 10 with his disdain for factions. He does not view them as necessary or warranted within a Democracy.

AMONG the numerous advantages promised by a well-constructed Union, none deserves to be more accurately developed than its tendency to break and control the violence of faction. The friend of popular governments never finds himself so much alarmed for their character and fate, as when he contemplates their propensity to this dangerous vice.

In today’s parlance, factions would be the NRA, the Sierra Club, the AMA, the AARP, etc. He calls the actions of groups like these mischiefs.

There are two methods of curing the mischiefs of faction: the one, by removing its causes; the other, by controlling its effects.

There are again two methods of removing the causes of faction: the one, by destroying the liberty which is essential to its existence; the other, by giving to every citizen the same opinions, the same passions, and the same interests.

The diversity in the faculties of men, from which the rights of property originate, is not less an insuperable obstacle to a uniformity of interests. The protection of these faculties is the first object of government. From the protection of different and unequal faculties of acquiring property, the possession of different degrees and kinds of property immediately results; and from the influence of these on the sentiments and views of the respective proprietors, ensues a division of the society into different interests and parties. …

But the most common and durable source of factions has been the various and unequal distribution of property. Those who hold and those who are without property have ever formed distinct interests in society. Those who are creditors, and those who are debtors, fall under a like discrimination. A landed interest, a manufacturing interest, a mercantile interest, a moneyed interest, with many lesser interests, grow up of necessity in civilized nations, and divide them into different classes, actuated by different sentiments and views. The regulation of these various and interfering interests forms the principal task of modern legislation, and involves the spirit of party and faction in the necessary and ordinary operations of the government.

In other words, unlike what much of the Tea Party believes, James Madison wanted an intrusive federal government that would protect the rights of property owners, the rich. But how is that attained if you want to give the semblance of a democracy? If the faction is a minority, he is not very concerned.

If a faction consists of less than a majority, relief is supplied by the republican principle, which enables the majority to defeat its sinister views by regular vote. It may clog the administration, it may convulse the society; but it will be unable to execute and mask its violence under the forms of the Constitution.

What happens if the faction is the majority and not a minority?

A republic, by which I mean a government in which the scheme of representation takes place, opens a different prospect, and promises the cure for which we are seeking. Let us examine the points in which it varies from pure democracy, and we shall comprehend both the nature of the cure and the efficacy which it must derive from the Union. ...

The effect of the first difference is, on the one hand, to refine and enlarge the public views, by passing them through the medium of a chosen body of citizens, whose wisdom may best discern the true interest of their country, and whose patriotism and love of justice will be least likely to sacrifice it to temporary or partial considerations.

James Madison assumes only the elite would be elected by the peons. He assumes they would be more patriotic, intelligent, and more interested in the public good – read what is best for the rich. Most importantly is the phraseology used by James Madison, divide and conquer.

Hence, it clearly appears, that the same advantage which a republic has over a democracy, in controlling the effects of faction, is enjoyed by a large over a small republic,–is enjoyed by the Union over the States composing it. Does the advantage consist in the substitution of representatives whose enlightened views and virtuous sentiments render them superior to local prejudices and schemes of injustice? It will not be denied that the representation of the Union will be most likely to possess these requisite endowments. Does it consist in the greater security afforded by a greater variety of parties, against the event of any one party being able to outnumber and oppress the rest?

The influence of factious leaders may kindle a flame within their particular States, but will be unable to spread a general conflagration through the other States. A religious sect may degenerate into a political faction in a part of the Confederacy; but the variety of sects dispersed over the entire face of it must secure the national councils against any danger from that source. A rage for paper money, for an abolition of debts, for an equal division of property, or for any other improper or wicked project, will be less apt to pervade the whole body of the Union than a particular member of it; in the same proportion as such a malady is more likely to taint a particular county or district, than an entire State.

When this document is read in the right context it is nothing short of amazing. James Madison was an elitist who was writing to other elitists who would be voting to ratify the Constitution in New York. It was assuring them that their interests would be best served with this Constitution. They had nothing to fear. The Constitution has a construct that prevents those who want a bigger piece of the pie from taking any of it from you.

When will we get a real democracy?

Real democracy will not come to Americans until most Americans understand that the current state of government is designed. James Madison never expected those that represented the masses to vote in concert with the constituents. He makes that clear in Federalist 10. A representative democracy can be purchased on the cheap. The Plutocracy only needs to purchase 1 President, 5 Supreme Court Justices, 67 Senators, and 218 Congressional Representatives – 300+ million Americans, you all be damned. For this reason careful examination of those representing us must take on more urgency and scrutiny.

As long as Americans are somewhat content, stability is maintained. The continuous hoarding of wealth of James Madison’s class at the expense of the masses may tip the scale. It may make those checks and balances moot.

The intent of this piece is not to demonize the founding fathers in anyway. It is to provide understanding of why to date the masses have little power and simply a semblance of democracy. James Madison secured the interest of his class as he assisted in the formation of the country. They all maintained the patriarchal belief that those at the top know best and must be the puppet masters.