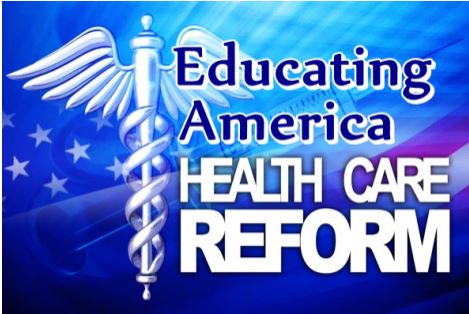 This week the Congressional Budget Office (CBO) released it’ new report, The Budget and Economic Outlook: 2014 to 2024.” The report shows solid deficit improvements over the next few years. Of course absent congressional action it shows the budget progressively increasing after 2016.

The big news from the report got little coverage, the impact of the baby boomers falling out of the workforce. Because dependence on the social safety net will increase, the budget deficits will increase. Republicans and many Democrats continue to talk about entitlement reforms. That is code word for breaking the pact made between the country and those that are retiring.

Once again the Traditional Media succumbed to Republican Talking points. A portion of the report said the following.

How Much Will the ACA Reduce Employment in the Longer Term?

The ACA’s largest impact on labor markets will probably occur after 2016, once its major provisions have taken full effect and overall economic output nears its maximum sustainable level. CBO estimates that the ACA will reduce the total number of hours worked, on net, by about 1.5 percent to 2.0 percent during the period from 2017 to 2024, almost entirely because workers will choose to supply less labor—given the new taxes and other incentives they will face and the financial benefits some will receive. Because the largest declines in labor supply will probably occur among lower-wage workers, the reduction in aggregate compensation (wages, salaries, and fringe benefits) and the impact on the overall economy will be proportionally smaller than the reduction in hours worked. Specifically, CBO estimates that the ACA will cause a reduction of roughly 1 percent in aggregate labor compensation over the 2017–2024 period, compared with what it would have been otherwise. Although such effects are likely to continue after 2024 (the end of the current 10-year budget window), CBO has not estimated their magnitude or duration over a longer period.

The reduction in CBO’s projections of hours worked represents a decline in the number of full-time equivalent workers of about 2.0 million in 2017, rising to about 2.5 million in 2024. Although CBO projects that total employment (and compensation) will increase over the coming decade that increase will be smaller than it would have been in the absence of the ACA. The decline in fulltime-equivalent employment stemming from the ACA will consist of some people not being employed at all and other people working fewer hours; however, CBO has not tried to quantify those two components of the overall effect. The estimated reduction stems almost entirely from a net decline in the amount of labor that workers choose to supply, rather than from a net drop in businesses’ demand for labor, so it will appear almost entirely as a reduction in labor force participation and in hours worked relative to what would have occurred otherwise rather than as an increase in unemployment (that is, more workers seeking but not finding jobs) or underemploy­ment (such as part-time workers who would prefer to work more hours per week).

The Traditional Media under the direction of the Right Wing talking points machine immediately misrepresented the above snippet from the report. They characterized it as job losses caused by Obamacare. MSNBC Chuck Todd sent out an incendiary tweet that said the following.

The “Obamacare kills jobs” lie was debunked months ago. Republicans continue to twist snippets to attempt to justify their false narrative. Jon Stewart did an excellent segment on the misrepresentation made by the  press. It is evident why Americans remain so misinformed.

One CNN segment finally got it right. Carol Costello did not allow the Republican spin to go unanswered or misrepresented in the segment. The New York Times editorial page got it right as well.

The new law will free people, young and old, to pursue careers or retirement without having to worry about health coverage. Workers can seek positions they are most qualified for and will no longer need to feel locked into a job they don’t like because they need insurance for themselves or their families. It is hard to view this as any kind of disaster.

It is very disconcerting that once again Democrats fell behind the messaging curve. This report provides ample fact based data to go on the offensive on many fronts for the values Democrats believe in. The New York Times snippet above is a start.

This report implies Americans will be free to pursue their dreams and aspirations. No longer will the corporate chains be around their ankles because of their dependency on affordable healthcare only said corporation could offer. They can now start their own businesses. They can change employers at will.

There are many other snippets where Democrats failed to have the correct and truthful narrative prepared and ready. It did not take a CBO report to realize the obvious. Healthier workers increase productivity. More people seeking primary care increase employment in the healthcare industry and their suppliers and throughout the chain.

Today Charlie Christ did just that on MSNBC. On the Daily Rundown he said the recovery in his state had nothing to do with Florida’s governor but with the current administration’s passed stimulus. He then said Republican’s in his state are effectively causing the deaths of six Floridians per day.

Clay Aiken who is running in North Carolina’s 2nd district came out swinging at his opponent. In no uncertain terms he laid out how her vote for the government shutdown hurt specific people in the state and district. Clay Aiken did not run away from Obamacare. He said he believed in fixing what needed fixing. He does not believe in going back to the times when preexisting conditions precluded one form getting insurance.

If Democratic politicians represent their Democratic values to Americans, they will win. Because the Tea Party has purged any semblance of inter party  compromise, Democrats remain the sole defenders of American working and middle class centric values. One hopes this will change sooner than later. Robust, fact based, unrepentant working middle class centric messaging cloaked in personalization for any particular district should win 2014.