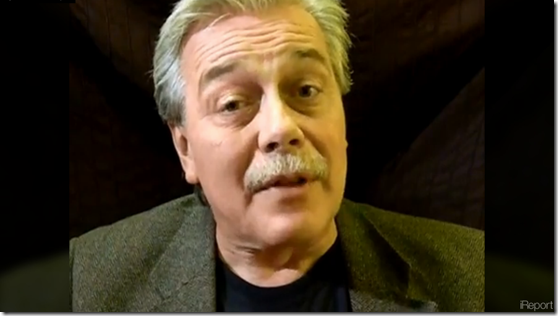 Cliff Olney is a good friend and one of my CNN iReport colleagues. During the last political cycle we did a lot of iReports that CNN used on HLN, CNN’s live broadcasts, and on CNN online properties. Cliff Olney has continued vlogging well researched commentary. I get an alert whenever he posts a new one. This one touched me. I hope it will be a partial catalyst for ensuring we engage in the 2014 elections and beyond.

So our U.S. Congress has allowed good paying jobs to be outsourced by their wealthiest contributors and then choose to blame workers for not looking and finding what no longer exists- a good paying job.

Really? Maybe the Congress believes if they say that often enough, people may believe it.

Now there’s talk about how those in government recognize that there’s income inequality.

Congress should recognize that people are having a difficult time earning a living nowadays because it has been as a result of Congress’s policies that income inequality exists.
NAFTA started the inequality ball rolling and outsourcing nudged the ball further down the path.

TPP or as it known in secret corridors of our government , the Trans Pacific Partnership, will drive the final nail in American and World workers’ coffin.

Trade policies that favor the already wealthy and their desire to further exploit workers has been at the heart of the demise of worker’s lifestyles around the World.

Then, to add insult to injury, Congress says they need these trade agreements so that Americans can buy products more cheaply.
Yes. Americans really have no choice but to shop at the Dollar Store or Walmart nowadays.

It’s had to shop at better stores when you’re only earning what corporations are willing to pay because of the coercion that high unemployment brings with it.

Congress should realize one other thing as they plot and plan worker’s demise by refusing to act to create more good paying jobs and laws that would protect workers from the predatory practices of international corporations.

They should look to history for examples of what happens to the ruling class when workers become desperate when they can’t afford food and housing.

But then, there are also many examples of civilizations and societies that failed to turn back at the edge of the precipice, when they still could. It had something to do with greed and stupidity.