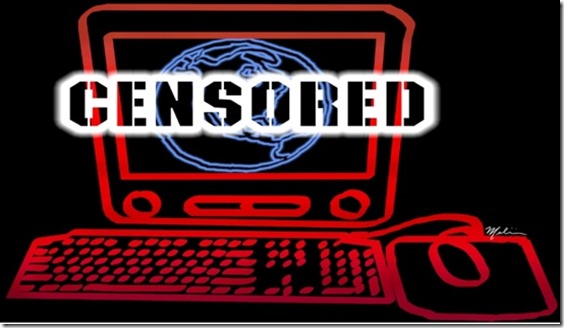 Three weeks after Christmas, the American judiciary gave telecommunications corporations a huge present. On January 14 a federal appeals court decided to weaken the Federal Communications Commission (FCC) Internet Neutrality policy by striking down the rules it adopted in 2010 to regulate Internet service providers (ISPs). Without these guidelines, corporations like Verizon,

Comcast, and AT&T are able to obstruct Internet traffic. Additionally they can make preferential deals with content providers willing to pay a higher price for access and speed. They may also manipulate the Internet content that people can access.

The decision by the US Court of Appeals for the District of Columbia in favor of Verizon Communications is a major blow to people’s freedom to access an open, free, and uncensored Internet. Given that the Internet is now the primary medium for streaming content and applications used by billions of people on a daily basis, this ruling sets a dangerous precedent that will allow the telecommunications industry to dictate what we can and cannot see online. It will make it incredibly hard for ordinary people to democratically mount resistance to corporate rule.

The FCC’s Open Internet Order established the main tenets of net neutrality, effectively preventing ISPs from content discrimination. In fact, the current guidelines on net neutrality came about after a related ruling by the same court backing similar efforts by Comcast Corporation to prevent the FCC from enforcing net neutrality standards. Without these standards, ISPs are free to make “pay to play” deals with corporations like Netflix and Amazon for Internet “express lanes” that leave ordinary content providers in the dust.

News channels on both radio and television inundate Americans. Yet, on any given day, the political narrative on every TV and radio station seems to follow the same narrow topics. Where are the stories about the Trans-Pacific Partnership, China’s investments in Africa, the persecution and death of Aaron Swartz, the continuing fallout from Fukishima, and dozens of other under-reported or ignored stories?

When six corporations control more than 90% of media communications, the media does not inform, it indoctrinates. Corporate media provides selective information, often unreliable, for the express purpose of controlling public opinion, rather than informing it. The mainstream corporate media giants cannot be trusted to accurately report political corruption or collusion.

Now more than ever, Americans are responsible for finding their own sources of fact-based information. These sources are available via independent websites and blogs. These alternative sources provide non-corporate written news, podcasts, and videocasts. The Internet is their basic transport.

People’s movements are dependent on the Internet and social networks, using video and audio communication tools like Skype and Maestro. They transmit live feeds via tools like Ustream. The world was provided video in real time from Occupy Wall Street, the Iranian Green Movement, and the Arab Spring.

The tenets of net neutrality are vital. All data packets are treated equally throughout the Internet. Specific services like streaming, file transfers, etc. cannot be restricted. Websites cannot be blocked by ISPs. The FCC will try again to rewrite regulations and Congress will debate a billto restore net neutrality standards. But these efforts will be futile unless the Internet is recognized for the utility it is and places ISPs under the same scrutiny as telecommunication utilities.

Absent Net Neutrality every American citizen is at a disadvantage to the corporation.

It is evident that absent net neutrality every American citizen will be at the behest of corporate ISPs, either directly or indirectly inculcated with the corporate line. Websites exposing wrongdoing by corporations or the state could be silenced. Livecasting protest could be silenced. Podcasts, videos, and news from alternative news sources could be throttled down or simply made inaccessible.

We all share ownership of the Internet equally and we all have a right to the same access. Just because corporations have made investments in the Internet (which have resulted in huge profits for them) does not mean they have the right to dictate the access to or speed in which we use the Internet we already own. To ensure that the interests of We the People are served, we would do well to abolish corporate personhood rights and campaign spending as protected political speech, thereby removing their power to indoctrinate and control us on the Internet and in every other aspect of our lives.

The Internet is the last bridge left between democracy and the populace. If the Internet becomes shackled by corporate interests and corporate profits as traditional media has, democracy is not only in peril. It is unattainable.

For more information about the implications of this decision check out Move to Amend Report’s radio interview with Joseph Torres, Senior External Affairs Director for Free Press.