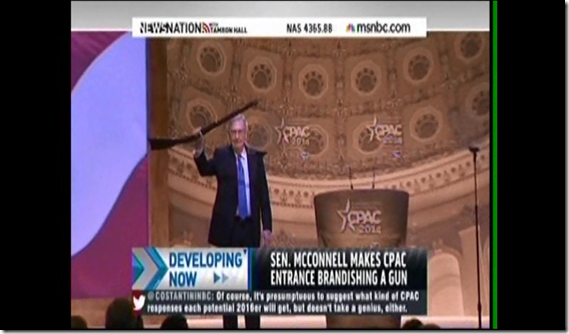 Is it any wonder politicians cannot be taken seriously?  Is this the ‘Wild Wild West’ of years yonder? Mitch McConnell executed the perfect pander for his audience at CPAC. He came out brandishing a rifle to the applause of the crowd.

Mitch McConnell probably believes that channeling Charton Heston’s most famous and insidious phrase applies. Who can forget the following video where he said the following? 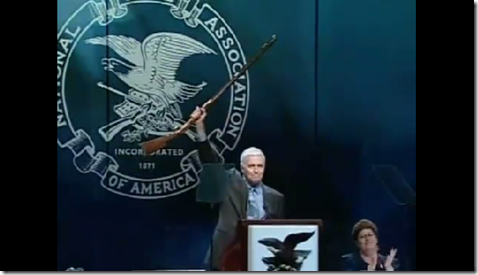 "When ordinary hands can possess such an extraordinary instrument, that symbolizes the full measure of human dignity and liberty. That’s why those five words issue an irresistible call to us all, and we muster. So — so, as, ah, we set out this year to defeat the divisive forces that would take freedom away, I want to say those fighting words for everyone within the sound of my voice to hear and to heed — and especially for you, Mister Gore: From my cold dead hands!"

Maybe Mitch McConnell forgot that the last few years have been some of the worst years for senseless mass violence with guns. Irrespective of the NRA’s utterances of how to solve school shootings and violence, there is no change. School shootings continue undeterred. Maybe he forgot that the image of a person of his stature brandishing a weapon gives some the perceived justification for their actions.

How can such a display be viewed from a positive perspective? It is this type of pandering that allows for the election of folks that are forced to effect bad policies. That is why this behavior should not be rewarded. This is why we must fight for election reforms that prevent fringes from having the power to have otherwise intelligent politicians devolve into puppets of the misguided.